Minecraft Pocket Edition is the mobile version of the widely popular Arcade game Minecraft. Players can build anything in Minecraft, from the simplest of homes to the grandest of castles. In Minecraft PE, players have an infinite world full of dangers and opportunities that come in different forms. To protect yourself from some of the dangers like Skeletons, Zombies, Witches, and others, you have to use a good weapon. And, what is better than a variety of guns at your disposal?

It is not a secret that Minecraft hosts some of the biggest modding community. Both the original game and the mobile version(Minecraft PE) hosts a plethora of mods that players can use to make the game slight easy/hard and more fun to play.

Among the sea of mods available for Minecraft PE, we have gun mods that allows players to use a variety of guns with their own UI.

Finding a good Minecraft PE gun mod can be a daunting task for many mobile gamers. So, to help you all out we have shortlisted the best gun mod in Minecraft PE. 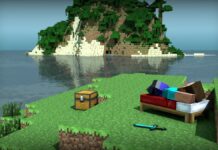 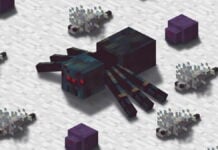 Common Minecraft PE error codes and how to fix them