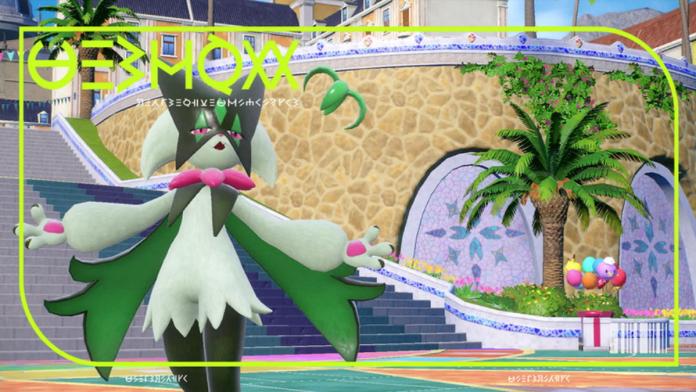 Meowscarada is the final evolution of Sprigatito, and true to its cat-like nature, it’s quite the speedy beast. Here are Meowscarada’s base stats, according to Bulbapedia:

Though not particularly sturdy, Meowscarada makes up for it with blazing fast Speed and high Atk. Thanks to its high Atk stat, you’ll want to primarily use physical moves with Meowscarada.

The best moveset for any given Pokémon will always be a bit subjective, so we’re going to list some of the best options for moves, then show some example builds. Let’s start with Grass moves!

Meowscarada’s signature move is Flower Trick, and it learns it upon evolving. Flower Trick is a physical Grass-type move that bypasses accuracy checks and attacks with 70 power, and it’s always a critical hit.

No other Grass-type move even compares to Flower Trick’s sheer power, thanks to it always being a critical hit and never missing.

Meowscarada does also learn Seed Bomb and Leaf Storm, both of which can be backup Grass-type moves. Seed Bomb has 80 power and is a physical move, and Leaf Storm has 130 power but is a special move, so we would pick Seed Bomb.

Early on, Bite will be your go-to Dark-type move. With respectable damage and the chance of flinching your target, it’s a pretty reliable move.

Eventually, you’ll be able to replace it with Night Slash, which we highly recommend doing. Night Slash is a physical Dark-type move with 70 power, and it has a higher chance to be a critical hit.

Alternatively, you can also replace Bite with Knock Off, another physical Dark-type move. Though it has 5 less power than Night Slash and normal critical hit capabilities, it has the advantage of being able to disable an enemy’s held item.

Grassy Terrain is a fantastic choice as an auxiliary move. Grassy Terrain boosts the power of Grass-type moves when it’s active, which turns Flower Trick into an absolute destroyer, able to OHKO (One-hit knock-out) most Pokémon that aren’t resistant to Grass.

Hone Claws can be used to increase your Atk and accuracy by one stage. The Atk boost is nice, but Meowscarada doesn’t really need to worry about accuracy, since most of its moves are boasting 100% accuracy to begin with.

Worry Seed can be helpful, but it’s extremely situational. It will turn your target’s ability into Insomnia temporarily, which can prevent certain Pokémon from using moves like Rest.

U-turn, Play Rough, and Slash can be used for more type coverage if you need it.

Now that we’ve gone over some of the best moves for Meowscarada, we’ll talk about potential movesets. A good example moveset should look like this:

You can adjust this moveset to your liking. If you feel that Flower Trick is good enough on its own, you can drop Grassy Terrain for another Dark-type move, or a miscellaneous move.