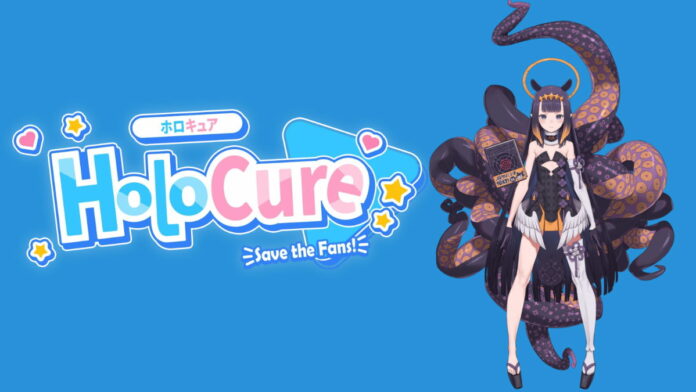 HoloCure is a roguelike survival game heavily inspired by Vampire Survivors. Play as your favorite VTuber from the Hololive group, and see how long you can survive! Blast hordes of silly foes, purchase new weapons and items along the way, and even unlock new VTubers to play as! Today, we’ll be looking at Ninomae Ina’nis. We’ll show you what the best Ina build is in our HoloCure Ina build guide!

Ninomae Ina’nis, or Ina for short, is one of the starting playable characters in HoloCure. Ina is a priestess of the Ancient Ones, a mysterious group that is related to otherworldly beings. When she was young, she found an old book that granted her the ability to control tentacles.

Early on, you’re going to struggle a bit with Ina. Though she has decent HP and the highest SPD rating, her ATK and CRT are very low. Couple this with her starting weapon’s low attack speed, and Ina will have trouble taking out enemies in a timely manner, even when she’s upgraded.

Thankfully, her other unique items offer her so much utility, it almost makes up her lack of direct firepower. For starters, you should definitely max out Summon Tentacle as fast as you can, as further upgrades increases its attack speed and area. When it’s awakened, the first tentacle will shoot out another tentacle in a random direction.

In order for Ina to deal better damage, she’s encouraged to get into the fray. The Void slows nearby enemies, while Cult increases her ATK for every nearby enemy. These two items synergize very well with each other, as Ina can stay close for the buff while giving herself some breathing room.

Ina’s most interesting item is The Ancient One, which has a chance to turn enemies into harmless Takodachis. When an enemy is a Takodachi, it’ll still run towards Ina but disappear upon collision, dropping loot as usual.

When maxed out, The Ancient One causes the harmless Takodachis to heal Ina when she runs into them. This item is crucial for late-game, as it’ll help create small safe pockets for Ina to run through and recuperate, so max it out as soon as you can. For emergencies, you can use her special attack Tako Spin to clear a way.

Related | How to Unlock Idol Song in Holocure

Now, let’s talk about common items. The Gorilla’s Paw is an excellent choice for Ina, as it increases ATK at the cost of lowered CRT. Ina has naturally low CRT anyway, so there’s no real point to building CRT items on her.

Spider Cooking creates a damaging miasma around Ina. This weapon synergizes well with The Void and Cult, as Ina needs to stay close to enemies anyways.

Cutting Board is another a good choice for Ina. Cutting Board fires a wall behind Ina, damaging and knocking back enemies. Once maxed out, Cutting Boards fire from all directions, giving her even more space to work with. Ina is considered a “flat” character, so her Cutting Board walls are larger.

That concludes our guide on the best Ina build in HoloCure. Have any other item suggestions or build ideas for Ina? Let us know in the comments below!