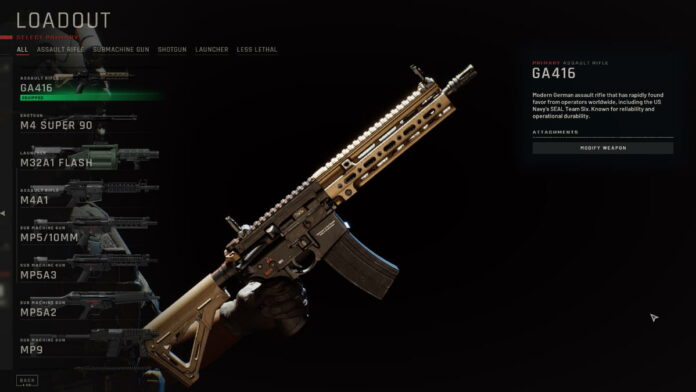 Ready or Not is a realistic tactical shooter where every decision counts. Will you take a loud and aggressive approach, or will you sneak in and quietly subdue suspects with non-lethal weapons? Today, we’ll be going over some of your best options in terms of guns, so let’s get started with our best guns in Ready or Not: close quarters, lethal, non-lethal, and more guide!

The Best Guns to Use in Ready or Not

The 870 CQB is one of the most popular choices for close quarters combat. It’s a pump-action shotgun that deals massive damage to targets up close, and it has a surprising amount of range to it with the choke attachment. Though it has the slowest firing rate of all the shotguns, it makes up for it in sheer destructive power.

The USP45 is a popular choice for a sidearm, thanks to its ease of use. With a high magazine capacity and slight recoil, the USP45 can deal with just about any close range situation. The .45 caliber rounds are also great at stopping even the toughest targets.

The G19 is another great choice for a close range sidearm. Much like the USP45, it’s well-rounded in just about every factor that makes it a versatile weapon. Both sidearms can be fitted with the IR Laser, which gives them an upper hand in some situations.

Related | Ready or Not: How to Switch Ammo Type in Mission

The MP5 series sees use in just about any loadout. The MP5/10MM is a great pick since it’s the most well-rounded of the three, with good stopping power and easy control, thanks to its light recoil. The MP5A3 and MP5A2 are also good choices, though they each specialize in different areas.

The SA-58 battle rifle is a versatile beast, and the other popular choice if you don’t like submachine guns. It can be outfitted with different kinds of optics, allowing for close or medium range engagements. It also has powerful penetrating capabilities, which makes it an ideal choice for taking down multiple suspects. Just watch out for the nasty vertical recoil—this weapon really packs a punch!

Despite being a deployable tactical, the Pepper Spray has been the most reliable non-lethal weapon for us. Though its range is very short, a quick burst to a suspect’s face will always make them surrender immediately.

The Taser is another solid choice, if a little unwieldy. The Taser goes in your sidearm slot, and it fires a short burst of electricity forward. The Taser’s accuracy is not great, so you’ll need to get very close to your target to ensure it hits, but once it does, it’s guaranteed to stun your target.

The other non-lethal weapons like the Beanball Shotgun and R7 Launcher have been too unreliable for us in the past. These weapons are easier to use, but their effectiveness seems to be random in our testing.

Those are some of the best weapons to use in Ready or Not. Do you have any favorite weapons that you think belong on this list? Let us know in the comments below!

Best Guns in Ready or Not: Close Quarters, Lethal, Non-lethal and More