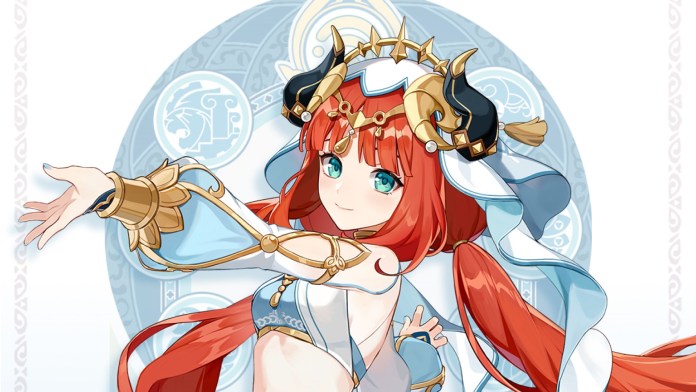 Nilou is a supporting character who boosts the damage of Dendro and Hydro teammates. Nilou is a niche character as her passive talents restrict team-building capabilities. However, if built correctly and used in the right team, Nilou can tear through groups of enemies pretty quickly. This guide will tell you the best build for Nilou in Genshin Impact.

Nilou, the elegant and graceful dancer of Sumeru’s Zubayr Theater, is finally available in Genshin Impact. Many travelers have set their eyes on Nilou since her introduction in Chapter III Archon Quests. The second half of the Genshin Impact 3.0 patch features Nilou’s character and weapon banner.

This passive skill only works if the team has only Dendro and Hydro units. Nilou’s passive skill, Dreamy Dance of Aeons, increases Bounting Core DMG based on her max HP. Because of this, players are recommended to stack artifacts on her.

The 2-piece Tenacity of Millelith is a must-have for Nilou in Genshin Impact. Its 2-piece effect grants 20% HP to Nilou. Along with 2-piece of Tenacity of the Millelith, players can use any one of the following 2-piece sets:

As for artifact main stats, players can go for HP% on Sands, Goblet, and Circlet. Please note that Nilou’s elemental burst has a 70 energy cost, and she needs around 150-180% Energy Recharge to use her burst consistently. Players can use Energy Recharge on Sands if Nilou has trouble using her burst.

Nilou’s featured 5-star weapon, Key of Khaj-Nisut, is her best-in-slot weapon in Genshin Impact. This sword gives her a ton of HP% with a passive that converts HP into Elemental Mastery.

Players can also use these weapons on Nilou in Genshin Impact:

Nilou is a decent niche character when placed in her right team. Players will have to play Nilou with another Hydro character and two Dendro characters to make the most out of her kit.