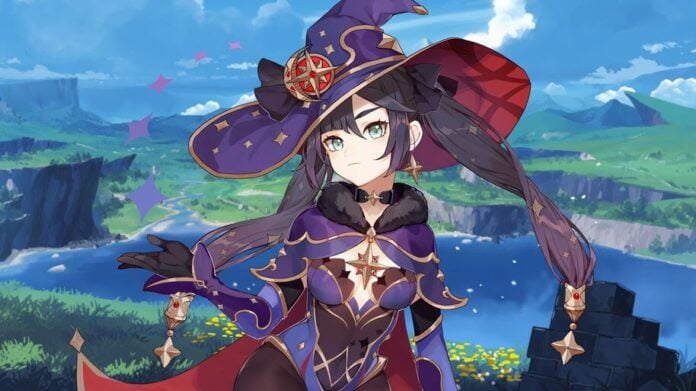 Mona is the first 5-star Hydro character in Genshin Impact. She is available in the standard 5-star character pool. Players have a chance to get Mona in both limited and standard banners. Mona excels at being a supporting character, but she can also work as a DPS. This guide shares the best Mona DPS build in Genshin Impact.

How to Play Mona as DPS character in Genshin Impact

Mona’s charged attacks and elemental burst are the primary source of damage in a DPS build. At talent level 9, her charged attacks have a scaling of 254%, whereas her burst has a massive scaling of 752%. With the right weapon and artifact, players can deal tons of damage using the brilliant astrologer Mona.

Skyward Atlas is the best 5-star weapon for DPS Mona in Genshin Impact. It has the highest base attack among all catalysts, which is further boosted by ATK% from its secondary stat. Other than Skyward Atlas, players can also use Lost Prayer or Kagura’s Verity to have an easy time building a decent crit ratio on Mona.

The Widsith is the best four-star weapon for Mona. Mona can also use 4-star weapons like BlackcliffAgate, Solar Pearl, and Dodoco Tales. The passive effect from these weapons works well with DPS Mona.

Players are recommended to use the 4-piece Heart of Depth set to get the most out of DPS Mona. This artifact set grants:

Mona’s elemental skill has a short cooldown, perfect for triggering the 4-piece effect of the Heart of Depth set. This artifact set boosts Mona’s normal and charged attacks and gives an additional 15% Hydro DMG bonus.

As for artifacts stats, players can go for a typical DPS build. Run ATK% on Sands, Hydro DMG Bonus on Goblet, and Crit Rate or Crit DMG on Circlet. Players should also prioritize Crit Rate, Crit DMG, ATK%, and Energy Recharge in sub-stats to make the best Mona DPS build.