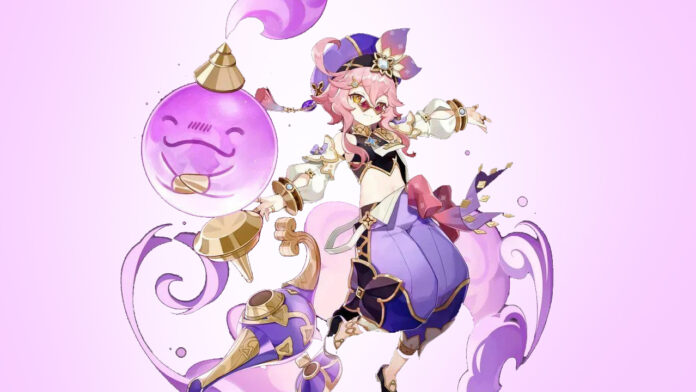 Genshin Impact 3.0 update added three new characters to the game: Tighnari, Collei, and Dori. While Tighnari and Collei both wield the new Dendro element, Dori is an Electro support character. Dori is a Claymore healer who also helps with energy regeneration. In this guide, we will tell you the best build for Dori in Genshin Impact.

How to Build Dori in Genshin Impact

Dori’s attack strength is not very impressive due to her low multipliers and base attack. She instead excels at being a supporting character for other teammates. Dori’s elemental burst, Alcazarzaray’s Exactitude, heals a nearby teammate based on her max HP. Along with HP recovery, she also restores 1.6 energy every few second.

Let us look at the best artifacts for her:

Dori’s entire kit revolves around HP and Energy Recharge. The best artifact set for her would be a combination of 2-piece Tenacity of the Millelith (+20%HP) and 2-piece Emblem of Severed Fate (+20% Energy Recharge). Players can also use the 4-piece Noblesse set to buff the party’s attack by 20%.

As for artifact stats, players should try to get as much Energy Recharge as possible along with HP%. We recommend running ER% sands, HP% goblet, and HP% or Healing Bonus% circlet. Players should also focus on getting ER%, HP%, and flat HP from sub-stats.

If you have any doubts regarding Dori in Genshin Impact, feel free to ask in the comments!