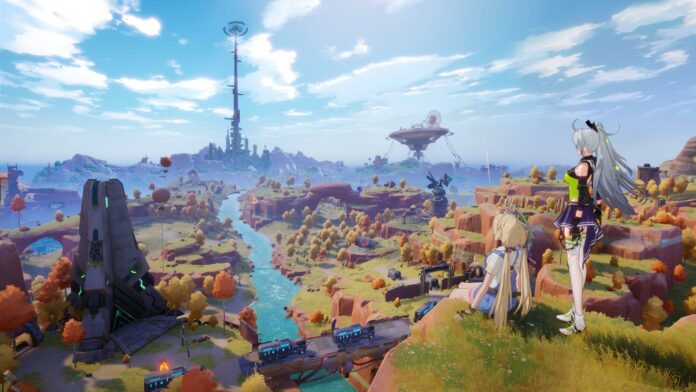 Tower of Fantasy is a cool multiplayer action RPG. The game has a huge open world, with many different quests, NPCs, and enemies. By exploring it, you can level up, and upgrade your weapons. Also, through Gacha you can get new powerful weapons and characters. And in this guide, we will tell you about the best funny character Presets in Tower of Fantasy.

One of the most interesting features of Tower of Fantasy is the character editor. In it, players can change the appearance of their characters, their clothes, and so on. You can create your ideal character before starting the main game, or during the main tutorial.

But if you don’t feel like meticulously editing your character, you can use Presets created by other players. You can find a huge number of such Presets. So, below we have collected some of the best Characters’ Presets with which your exploration of the world of Tower of Fantasy will be very fun.

This is a character from the incredibly popular anime and manga Demon Slayer. Nezuko is the sister of the protagonist and she sits in a box on his back almost all the time. Now you can give her freedom and fight against various enemies on the planet Aida.

She is a character from the equally famous manga and anime My Hero Academia. Do you want to be a cute girl and bloodthirsty kill your enemies? Then this Preset is what you need.

Related: How to Defeat Udian the Masked in Tower of Fantasy

Well, this is one of the most unusual and charismatic antagonists from Hunter x Hunter. This seemingly simple clown is constantly looking for strong opponents to fight to the death. And now, together with Hisoka, you can look for strong enemies to fight in Tower of Fantasy.

We simply could not pass by such a beautiful Preset. The world-famous Vocaloid is now available in the world of Tower of Fantasy. Exploring locations with Miku will definitely be fun.

Now you just need to enter the ID of the character you like to find the Preset and use it. A couple of clicks and you can start an exciting adventure with cute and funny characters. And while you are here, take a look at our guide on how to get Dust Wheeler Vehicle.