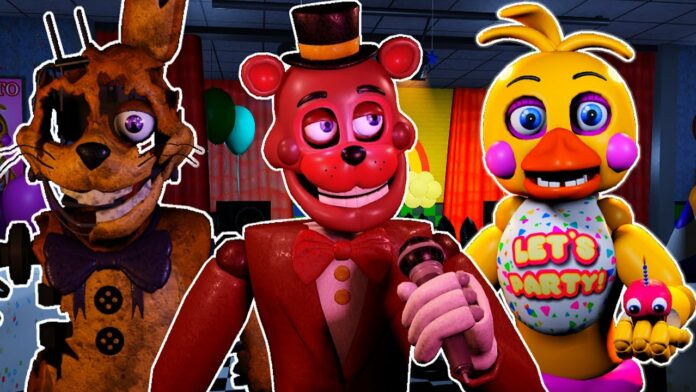 When someone mentions a horror game, one of the first that comes to mind is Five Nights at Freddy’s. This is an incredibly popular series of horror games in which you play the role of a pizzeria security guard. And every night you have to survive surrounded by scary animatronics who want to kill you. And in this guide, we will tell you about the best Five Nights at Freddy’s Roblox games.

There are many different games on the Roblox platform. And a lot of them are based on popular anime and games. And, of course, there are hundreds of Roblox games based on Five Nights at Freddy’s. Therefore, we have collected the best of them.

This game is based on the first three parts of the original game. Players must survive each night in the pizzeria while avoiding the animatronics. The features of the game are that you can play with friends, and explore the whole pizzeria.

This game is also based on the second part of the original Five Nights at Freddy’s. Players will be able to take on the role of animatronics and scare other players. Also, in the game, there is a fascinating story with interesting twists.

This is an RPG based on FNaF. Players can choose to play as humans or as animatronics. Your entire gameplay will be different from this. In addition, there are many hidden items in the game.

This is an incredibly cool role-playing game. You can try on the role of various animatronics and explore different locations. The game has a lot of activities, as well as seasonal events.

Burgers and Fries Roleplay: The Restaurant

As the name suggests, this is another RPG based on the FNaF series. In the game, you can play different roles, solve puzzles, and, of course, survive. Also, players can often participate in various events.

These were the best Five Nights at Freddy’s Roblox games. We recommend that you play each of them to get a special experience. And we hope you enjoyed this guide.