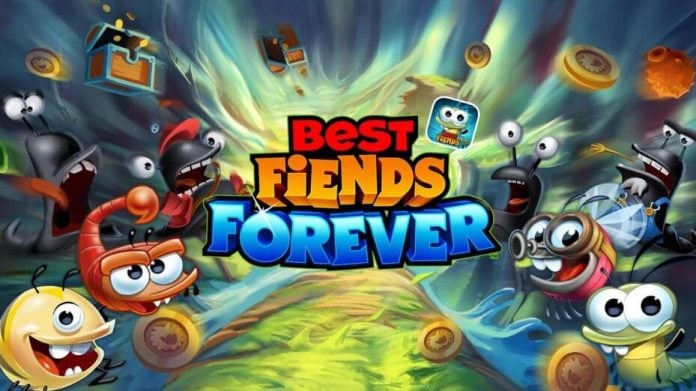 The long awaited sequel to hit matching game Best Fiends is here! Best Fiends Forever has something completely new in store for fans. Instead of the puzzle mechanics, the sequel is now a clicker/idler game. You’re still fighting those darned slugs, but this time you’ll be tapping away at them ferociously! It’s time to tap tap tap with our Best Fiends Forever cheats, tips and tricks strategy guide!

Temper’s ability is Auto-Slapper. Activating it causes the game to automatically slap every slug in front of you at the speed of light for a couple of seconds. Auto-slapper slaps so many times that slugs will disintegrate right in front of your eyes! You should use this ability as often as possible. It lasts for a couple of seconds but the cooldown period on it is fairly short, around seven seconds or so. Using it in tandem with your own slaps will bring down any slug, even the bosses, pretty quick!

2. Save your abilities for the bosses!

If you’re going up against a pretty tough boss, it’s highly recommended that you have all fiend abilities ready to go. Since you’re going against the clock, this big burst damage potential from abilities like Fireball and Slugmageddon can really turn the tide of a fight in a split second. If you’re low on coins and you can’t upgrade your current fiends, wait for their abilities to recharge and take on the boss by surprise!

3. Leave the game alone for a while!

This is an idle game, after all! We found that the best way to get more coins for us was to just… not play the game! Your fiends will continue fighting through the levels when you’re not actively playing the game, so when you come back to it you’ll find a heap of coins waiting for you. When you do come back to the game, you’re given the option to double the reward by watching an advertisement. We highly recommend you do as you can turn a 1 billion coin reward into a 2 billion reward!

On the world map, you can see a small circular reef with the Oceana symbol in the middle of it. If you tap on it and follow the link, you’ll be taken to Oceana’s page, an organization dedicated to the preservation of the world’s oceans. Not only is this for a good cause, but you’ll also receive a bunch of diamonds for your troubles!

That’s about it for Best Fiends Forever. Pretty simple, right? Just keep leveling your fiends and upgrading their abilities and you should be fine. If you have any other tips or tricks to share, let us know in the comments below!