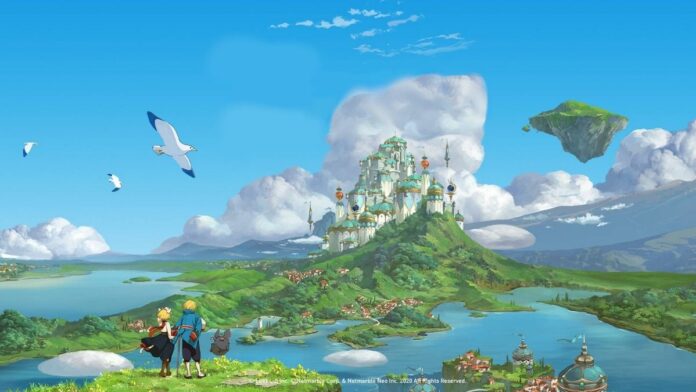 The latest MMO set in the Ni No Kuni RPG series, Ni No Kuni: Crossworlds, has just had its global release on May 25th. In this beautiful game developed by Netmarble, the player takes on the role of a beta tester for a VR game ‘Soul Divers’. When the player is inside the game, however, the AI guide tries to warn the player something is wrong… Soon the player is caught in a battle and realise this may not be a game after all.

Players are able to choose their own class (a first for a Ni No Kuni game), and customise their character to their liking which includes adopting cute companions called a ‘familiars’. These creatures help players in battle, and can evolve and level up as the player progresses. Some familiars are found by progressing through the story, while others must be tamed by serenading them during and after battle.

Familiars and weapons come in 5 Elemental Types: Fire, Water, Wood, Light, Darkness. Each is strongest against one type and weakest against another type:

Related: How to Re-Roll in Ni No Kuni Cross Roads

As mentioned before, some familiars can be obtained through gameplay, while others are unlocked. This is through a gacha-type game. The best familiars players will want to try to get are ones who are compatible with all types:

We hope that has helped you make some important decisions about which familiars to try to unlock and take into battle! Good luck.

Ni No Kuni: Cross Roads is available to play on IOS, Android, and PC.