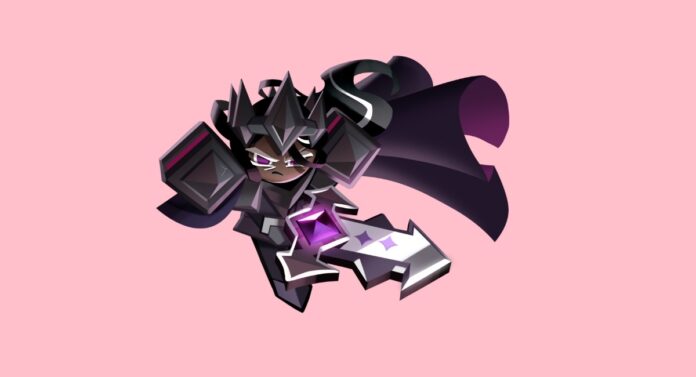 Dark Cacao Cookie arrived in Cookie Run: Kingdom on February 24, 2022, alongside Affogato Cookie, and is the third of the five Ancient Heroes in the game. Dark Cacao is said to be the estranged father of the rebellious Dark Choco Cookie, and is the founder and king of the Dark Cacao Kingdom. He is a charge class Cookie who prefers the front position of the team as they head into battle. Find out below which toppings are best for this mighty warrior.

Dark Cacao Cookie is a Ancient Hero Cookie who automatically takes a front position with his Grapejam Chocoblade, ready to attack the enemy and defend his allies.

His special skill is Solemn Judgement, where he uses his great sword, Grapejam Chocoblade, to deal damage and reduce enemy ATK and DEF. He also inflicts Injury upon his opponents, reducing max. HP, and Zap which deals DMG over time. While using his special skill, Dark Cacao is temporarily resistant to any interrupting effects.

Solid Almond is a better choice as it adds a DMG resistance, a very helpful addition for frontline Cookies. Using all 5 topping slots for Solid Almond gives a 5% increase in DMG resistance for Dark Cacao, allowing him to be the team’s frontman for much longer.

Dark Cacao’s release sees him in the exclusive Nether-Gacha for a short time, with an increased chance of winning him compared to the regular Cookie gacha. Each pull of the gacha costs 300 Gems. For a full guide to Cookie Run Kingdom toppings visit our article here.