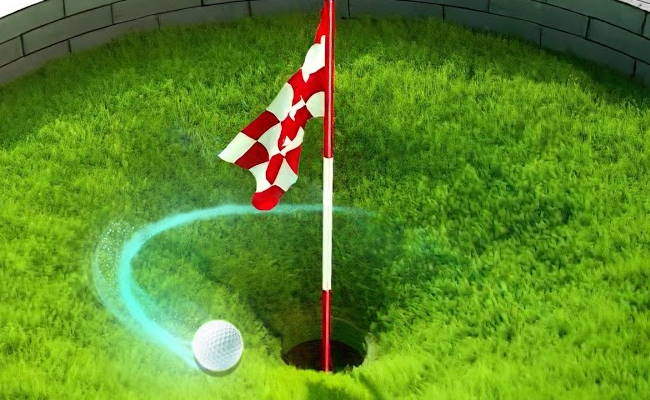 Golf Rival is a free-to-play online multiplayer golfing game where players can duel each other in head-to-head battles. Like most mobile golf games, Golf Rival presents you with a variety of clubs to unlock and use, but how do you know which ones are the best? It’s hard to upgrade all your clubs evenly due to how little coins you get, so you’ll have to choose a select few eventually. We’re here to show you which clubs to pick in our Golf Rival best clubs guide!

Bat Wings is hands down the best driver in the game. With fantastic power, accuracy, and top & back spin, Bat Wings is all you need. It also has a passive 50% wind reduction effect as well.

Earth is the next best driver club, acquired in stage 8. Earth has high potential with its side spin and power, and it’s a little easier to get compared to Bat Wings.

Lava is a great alternative to Bat Wings and Earth, and it can be a good driver to last you until you get either the two clubs.

Phoenix is acquired in stage 10 and can be considered the wood equivalent of Bat Wings. Just like Bat Wings it has a 50% passive wind resistance buff, and it has high power and side spin, making it perfect for bending shots around corners.

Cardinals is a great alternative to Phoenix, and it’s found in stage 6. Cardinals have great power and high top & back spin, giving it that extra power you need in the later stages.

Unicorn is the best iron that can be found in stage 10. The Unicorn’s excellent accuracy makes landing shots in the fairway pretty easy. Its also got great side spin which gives it some more flexibility.

Peacock comes is also a fantastic iron and can be found as early as stage 5. The Peacock has almost identical stats to the Unicorn, though it opts for top & back spin as opposed to side spin. The Peacock’s passive buff also allows it to completely ignore all terrain debuffs, which can be useful in a pinch.

Hawk is one of the best wedges and can be found in stage 7. With high accuracy and a needle speed reduction passive buff, the Hawk allows you to be very precise with your shots.

The Shuttle is a close second, with very similar stats to the Hawk. It’s not quite as accurate as the Hawk, thought the terrain ignoring passive buff it has can come in handy.

One thing to keep in mind is that you should not invest too many resources into Sand Wedges. Landing in the sand at higher ranks can pretty much spell the end of the game for you, so it’s best to avoid the sand altogether.

With that said, the Bone Claw and Scorpion are the best sand wedges, found in stage 8 and 12, respectively. The two sand wedges have the same power and accuracy, but the Scorpion has some side spin to it if you prefer that.

The wolf line of clubs used to be some of the best clubs in the game… until the legendary clubs were introduced. The wolf clubs are still pretty good, but they’re not worth investing into too much, so just save up for a legendary club.

Those are all the best clubs in Golf Rivals. If you have other tips or suggestions, let us know in the comments below! 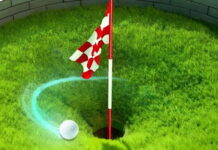