Home Game Guides Best Classes to use in Ni No Kuni: Cross Worlds 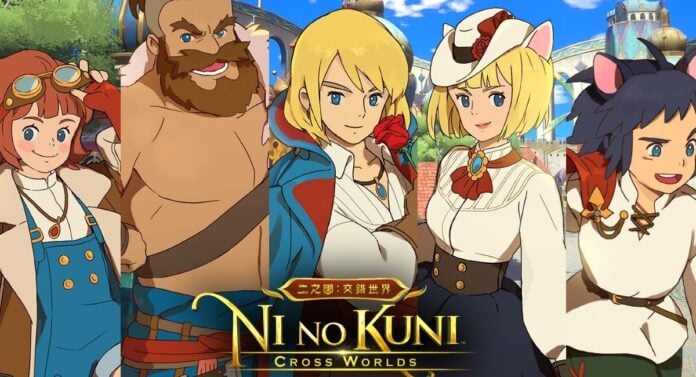 Ni No Kuni: Cross Worlds had its global release on May 25th. The MMORPG is now available to play on IOS, Android, and cross play on PC. The game has 5 classes of characters, each can be customised except for gender. Players choose which class they would like to be at the start of the game so it is important to understand what exactly is being chosen. Find out more about each class below and which would be best for you.

Choosing a Class in Ni No Kuni: Cross Worlds

The classes in Ni No Kuni: Cross Worlds are:

The Swordsman class character is a melee-DMG type armed with a sword. The sword can deal blows to the enemy at close-range, stun them, slow them down, and penetrate their armor. A Swordsman’s core abilities are:

The Witch class character is a magic DMG type armed with a magical spear. She can inflict damage from short to medium range that applies debuffs which lowers stats, inflicts DMG over time, and blocks movement. A Witch’s core abilities are:

Related: How to Reroll in Ni No Kuni: Cross Worlds

The Rogue class is a long range DMG character with a bow. He uses the bow to hit enemies from a distance, while also granting buffs to allies. A Rogue’s core abilities are:

The Engineer class is a healing character and support role. She can heal team mates, while also inflicting some damage on enemies using a firearm or a summoned cannon. As a support role she does not do well solo but is great as part of a team. An Engineer’s core abilities are:

The Destroyer is the tank of the group, fighting on the frontline. He takes most of the hits to help allies which is why he has great HP and DEF stats. The Destroyer’s core abilities are:

The choice of which character players choose depends entirely on what type of gameplay they prefer. Players who enjoy close combat or enjoy being right in the heat of battle would suit Swordsman, or even Destroyer. A player who enjoys dealing damage but staying back from the main action, the Rogue would be best. A mid-range DMG dealing player would suit the Witch the best. Of course a player who prefers to support the team with buffs and heals is suited to Engineer.

It is now entirely up to you! Good luck.

Best Classes to use in Ni No Kuni: Cross Worlds