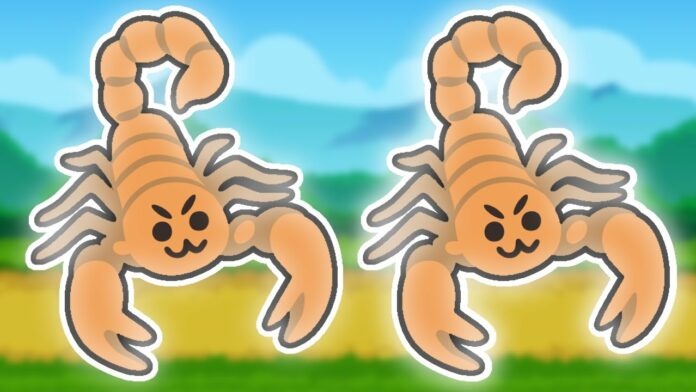 Super Auto Pets is a very cute fighting game for mobile and PC. Players must assemble a team of different animals to participate in auto-battles. All animals have their unique stats and abilities, so players must come up with a strategy in advance and just watch the battle. So, in this guide, we will tell you about the best build with Scorpions.

The main mode in the game is called the Arena. And to win, players need to win 10 times. Therefore, when creating teams, you need to focus on dealing a lot of damage and staying on the field as long as possible.

Scorpion is a pet that has no abilities. However, its attack inflicts a Peanut Effect. When a Scorpion deals damage to an enemy, the enemy faints. This is quite handy as Scorpion can easily beat 50/50 Bison. However, if the opponent has armor, the effectiveness of this pet drops dramatically.

RELATED: How to Win Arena in Super Auto Pets | Arena Tips and Tricks

The best build for Scorpion would be a team of Ox, Gorilla, and Turtle who would hold off the armored enemies. Between them, you can place several Scorpions, so that they would finish off those who survived. We also recommend using Bat. This pet can remove buffs from enemies, which is very useful in a Scorpions build. And finally, to increase the effectiveness of the build, you should use Food Buffs. For example, just an Apple can completely turn the outcome of the battle in your favor.

This build is variable, and each player can customize it for themselves. The main idea is to use more Scorpions and pets that will help you deal with buffs and armor of enemies. We hope this guide helped you.