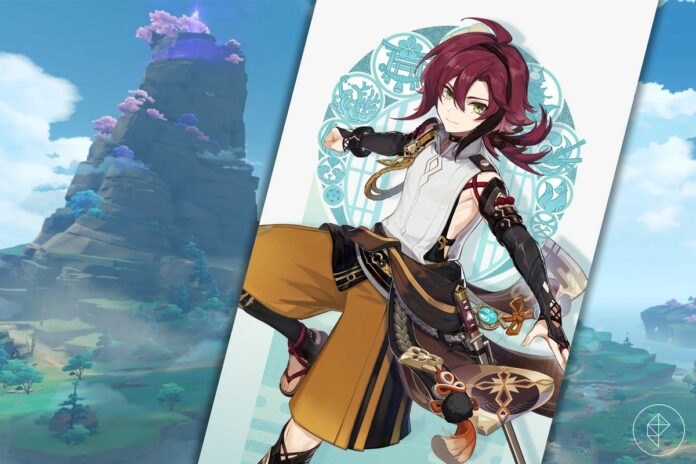 Genshin Impact is a very popular multi-platform action RPG. Although there have been various delays in the game lately, such as the extended Ayaka banner and teapot maintenance, the developers do not stop creating new content. Of course, we are talking about the new Anemo character Heizou, and thanks to leaks, we can already tell you about the best build for him.

Heizou is a 4-star Anemo catalyst. He holds a position as a detective at the Tenryou Commission, and thanks to his rebellious nature, he solves the most difficult cases. Also, unlike other characters, Heizou does not use his catalyst for mid-range attacks, but directly in close combat using Fudou Style Martial Arts.

His Elemental Skill is called Heartstopper Strike. After a tapping, Heizou will launch a rushing wind in front of him. If you hold the button, the Anemo skill damage will increase several times.

Next is his Elemental Burst, which is called Windmuster Attack. Heizou lets out a wide leg kick and deals Anemo AoE damage. If an enemy is already affected by Electro, Cryo, Pyro, or Hydro, hitting it with Windmuster Attack will cause the corresponding element to explode.

RELATED: When Will Genshin Impact Serenitea Pot Maintenance Will Complete?

The best artifact for Heizou would be the Viridescent Venerer set. These artifacts bestow a 15% bonus to Anemo damage and also increase Swirl damage by 60%. This set also reduces enemy elemental resistance by 60% for a limited time.

The Noblesse Oblige set might also be a good option. This set will increase Heizou Elemental Burst damage by 20% and give all team members a 20% damage bonus for 12 seconds after using Elemental Burst.

The best weapon for Heizou would be the Skyward Atlas. Firstly, Atlas increases elemental damage by 12%. And secondly, a normal attack has a 50% chance to inflict favor on the clouds, which will deal 160% of Heizou’s attack to nearby enemies for 15 seconds.