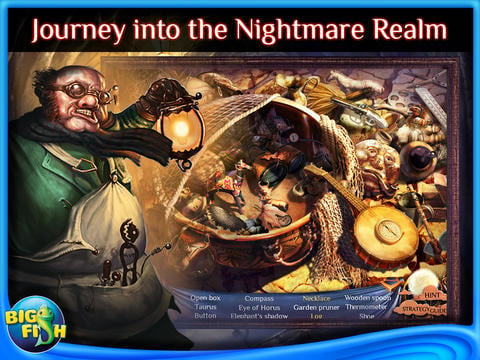 So here they are, in no particular order, the best iPad Big Fish Games titles: 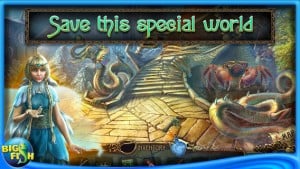 The whimsical saga continues in the amazing worlds of Azada! After its precious elements are stolen, Azada chooses you to find the elemental mages and set in motion events to save the world! Your enemy is waiting around every corner to stop you at any cost – or is he? Nothing in Azada is as it seems… So check out the game if you haven’t tried it already by clicking here to head to iTunes. 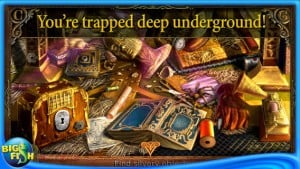 Escape an underground vault of clockwork wonders with the help of its mysterious and eccentric inventor in Fantastic Creations: House of Brass! Manipulate the steam-driven contraptions expertly, and listen to Edwin Q. Cogglethorpe’s helpful advice. Reactivate the house floor by floor until you reach the top. Will you survive the treacherous malfunctioning devices and make it back to the world above? Find out by playing the game here. 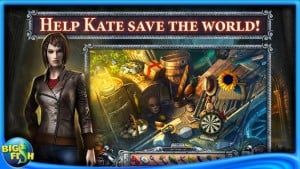 Return to the House of 1,000 Doors to save mankind from annihilation! Giant snakes have burst out of the Earth and are wreaking destruction across every continent. Your mission: travel back in time to four different epochs to gather the elements needed to activate a machine that can destroy the ancient beasts! Check out this game here. 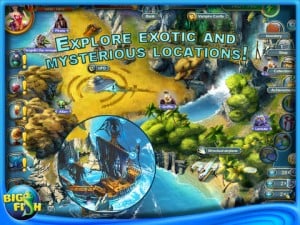 After crash landing on a mysterious and secluded island, you will need to quickly learn to survive while surrounded by pirates, magic, mystery and more! A free to play game that will certainly keep you busy for hours. One of the fan favorite Big Fish Game titles because it’s a neverending one! Check it out on the iTunes store.

Forest Legends: The Call of Love 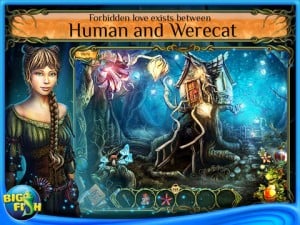 Deep in the heart of an enchanted forest, a forbidden love blooms. Guide the human Eveline as she sets out to rescue her beloved from the clutches of a tyrant, learns the truth about magic and discovers her extraordinary destiny! Epic in scope and exploring themes of love and belief, Forest Legends:The Call of Love will captivate you from beginning to end! So check it out for free first on iPad. 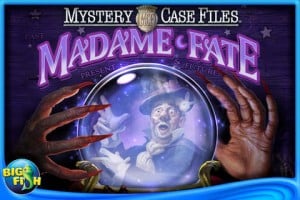 Madame Fate returns… from the dead! This is Fate’s Carnival as you’ve never seen it before, with old acts like Amazing Larry and Marlena Mermaid in the most harrowing predicaments! Can you stop fate before it’s too late? Or will the creepy carnival curse stop you? A game in the Mystery Case Files is always a safe choice, so if you’re into hidden object adventures from Big Fish Games, you should definitely give it a try here. 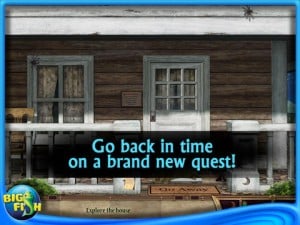 After using your Ancestor’s Mirror to explore Castle Fairwich, you are sent back in time on a brand new quest! Your grandmother’s grandmother, Emma Willow, has built a time machine that has sent an entire train into the past! Solve Emma’s puzzles to save the people on the train and make it back to your own time in Hidden in Time: Looking Glass Lane! Explore Emma’s home and work your way through this incredible Hidden Object Puzzle Adventure game! Download it on your iPad here. 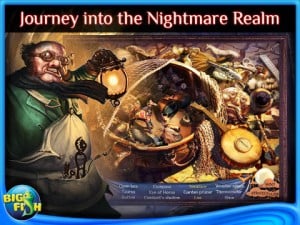 Journey into the mysterious Nightmare Realm and save Emily from an imaginary world that has been taken over by darkness! Explore gorgeous Hidden Object scenes and find helpful items to use as you battle a mysterious creature. Solve perplexing puzzles to unravel a mystery and help Emily escape before time runs out in Nightmare Realm! Check it out here.

Mystery of the Ancients: Curse of the Black Water 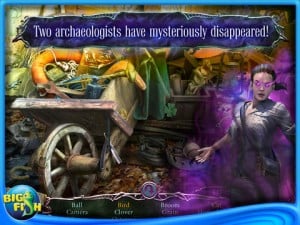 You travel to the remote island town of Black Water, investigating the mysterious disappearance of two archaeologists when you encounter a mythical monster straight from the ancient myths of Poseidon! What cursed secrets have these archaeologists unearthed beneath the town? Now it’s up to you to save the world from falling into a curse of eternal darkness! Give it a go on your iPad by getting the game from here.

The Torment of Whitewall 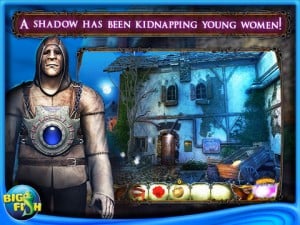 Uncover the mystery of the Night Stalker in The Torment of Whitewall! A shadowy figure has been stalking the streets of Whitewall, and young women have been disappearing without trace. Only one girl has managed to escape from the mysterious attacker, but she’s not talking to anyone… Rumor has it that something strange and terrible happened to her that night. Rumor has it that this so-called Night Stalker is some kind of monster. As more and more people are driven from their homes by fear, you are called in to end the town’s terrible torment. Get the game here.

So, there you have it, our top 10 picks for Big Fish Games titles to play on your iPad. Do you like these games? Which are your favorites?