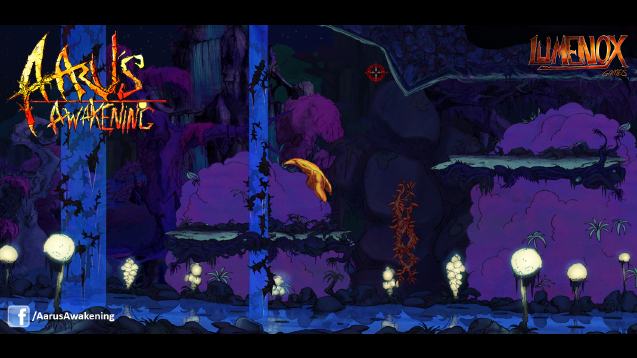 In the gaming world there’s really nothing like a good 2D game. Not only because it makes nostalgic gamers happy but also because the current technology can make these games look incredibly beautiful, even more than 3D games.

Aaru’s Awakening is really going to look beautiful, thanks to how the game’s graphics have been created. Instead of using computer developed images, Lumenox Games is using hand drawn scenes, with only the coloring getting done with computers.

The game’s setting is also going to be quite unique. Players will control beast Aaru, who is sent by Dawn into Night’s domain to restore balance to the world. All the different territories will feature some unique looks as well as some mysterious creatures.

Some of these creatures will be helping you while others will be hostile. Aaron will be able to use his charge and teleport abilities to get past them safely.

Lumenox has yet to start working on the touch controls interface for the iOS version. The team, however, is hopeful that the controls will be as tight as required. Aaron’s Awakening is a platform game that requires precise controls so the touch screen features will really make or break the game.

Aaru’s Awakening will be released in the future on the App Store. Lumenox is also developing a PC and consoles version of the game. If you’re interested in the game, you can check out a gameplay video right below.