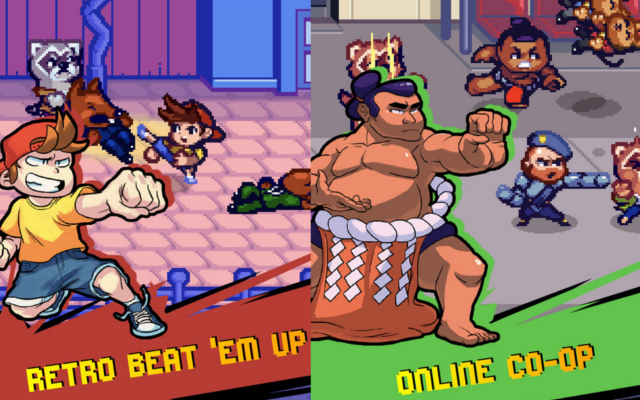 Take the streets in Beat Street, a side-scrolling beat ’em up heavily inspired by classic fighters from the 90’s like Double Dragon! Evil gangs have taken over Toko City, and now it’s up to Lee and his ragtag group of friends to save the day! Simple one-touch controls makes the game easy to play, but it’s just as fun as the arcade classics! Our Beat Street cheats and tips will help you rack up the combos!

While the game is simple enough to pick up and play, there’s lots of depth to Beat Street, so let’s get started with our Beat Street cheats, tips and tricks strategy guide!

It’s easy enough to avoid most damage in this game because you just need to hit the enemies first and combo them into oblivion. With that said, one of the most common ways enemies will try to attack you is to sandwich you. If you’re currently comboing one enemy, be on the look out for enemies that try to go behind you.

They’ll try to smack you out of your combo, so if you see one of them getting close drop your current combo and then just start wailing on the new enemy. If you want to be stylish, you can even grab your current target and toss them into the enemy that’s trying to pincer attack you. That’ll show them!

You can spend your combo gauge on special moves, like the charge attack, the dash attack, and the jump attack. You build your combo gauge by, well, building long combos with regular attacks! The longer your combos are, the more your gauge will fill up.

If you can get combos around 15+ hits, you’ll charge up around 30% of your combo gauge. Building long combos is a bit tricky, but just keep in mind that you don’t need to do it on the same target. If an enemy gets knocked away from you, quickly start beating up on the next closest enemy to maintain your combo.

Use your special moves often!

That being said, don’t feel like you have to conserve your combo gauge. You generate combo points faster than it seems, so go all-out and be a true fighter! Chain your special attacks together to really bring the pain, and utilize your super move to seriously damage an opponent! Using your super move on the level boss is a great way to take them out quickly.

You’ll quickly notice early on that upgrading characters requires a hefty amount of coins, and you don’t exactly earn them that fast. You’ll start unlocking new characters as soon as you hit level 5, but if you want to save you can just stick to upgrading Lee. Lee is a well-rounded character who can get you through the main story, and if you stick to just upgrading him you’ll save a lot of coins.

That’s all for Beat Street! If you have any other tips or tricks to share, let us know in the comments below!