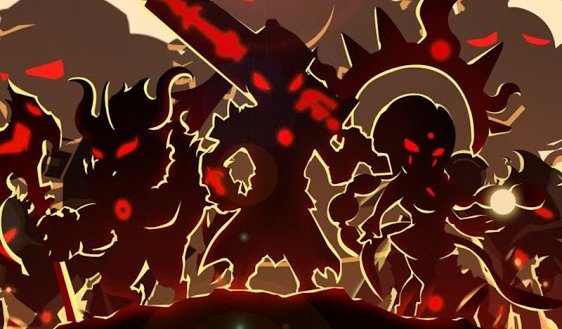 Beasts Evolved: Skyrmish is an extremely complex, yet beautiful game for Android and iOS. Today, I have some Beasts Evolved cheats and tips to share with you in order to help you get better, build the best possible team and keep on winning. It’s not going to be easy!

Beasts Evolved looks a lot like a Patapon game for mobile and that is a really good thing. You rarely get the chance to play a game as beautiful as this one, with so many characters and so many things to consider when playing. But here it is and here is our guide to Beasts Evolved: tips and tricks to get the most out of the game.

I am starting with this bit of advice because very few people are actually aware of it: when setting up the defense in the arena, after selecting your Party, tap the “Monster” button near it. tap your monsters there and equip the glyphs once more. For some reason, you have to do that, otherwise they’ll go to battle with no glyphs equipped.

Collect resources
As you unlock more and more areas on the map, you will also conquer a larger number of resource-producing mines. Make sure that you actually visit them every now and then and collect the resources produced, as they are not collected automatically.

Dispatch all Monsters
Every 10 hours, you can dispatch your monsters to complete a mission. Make sure you always do so and always send your best monsters in missions, because they are still available for battle when Dispatched.

Also, make sure to unlock the monster slots that can be unlocked with coins in order to also increase the chances of getting better items when the mission is over. It’s not really worth (in my opinion) to unlock the Premium currency slot as well, though.

What’s the best healer in the game?
You can’t have a solid team without a solid healer, so I would suggest investing in them a little bit. My favorites are Bliss and Lunaria, although I’d suggest focusing on the former in order to get a better healer.

What is the best Ancient in the game?
This is a really tough question to answer and it mostly resumes to personal preference. However, if you can’t decide which one is better and you’re open for suggestions, mine is that Kensei is better than both if you compare the Awakened versions, while Ultimus is the best in non-awakened states.

What does this mean? This means, from starters, that Borehowl is the weakest of the bunch. Go with Ultimus then and decide later on if you have to switch. You can do so – for 300 gems at Tier 3 or 800 gems at Tier 4. There should be enough time to decide by then and you will surely know what to choose based on the team that you’ve built.

Either way, when it comes to training, always train your Ancient first, then the DPS, then the rest of your team.

Choose Glyphs carefully
There are a ton of different glyph types in the game, each with their own set of bonuses offered to your beasts. Spend time to read all the effects they have, then decide which of your characters gets the biggest boost from which glyph.

You should always choose them based on the type of character you have or want to build. For example, for a tank, glyphs that increase their health, damage or decrease the knockback are good choices, while ranged beasts have more to gain from speed glyphs and damage ones.

Even more, don’t forget to merge your glyphs in order to make them even stronger. There is a small chance that the merging fails and you lose resources if that happens, but it’s a risk well worth taking in my opinion. Always keep an eye on your glyphs, socket and unsocket them, merge them and use them where they offer the best value.

Make sure you complete all fights
There are always a ton of events and different mission types available in Beasts Evolved – make sure that you complete them all each day in order to maximize your gains. Just go through all the menus and options and make sure you leave no stone unturned: there’s a ton of missions waiting for you and you’re left behind if you don’t complete them all!

This would be it in terms for Beasts Evolved tips and tricks right now. We’re working on some more advice strategy guides, so make sure to check back often to read them as well. But until then, don’t hesitate to share any extra tips you might have – as well as ask any questions about the game. 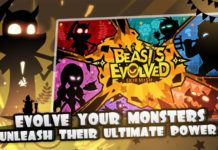 Beasts Evolved: What’s the Best Ancient in the Game?