Home Guides Be the King Cheats: Tips and Strategy Guide to Complete All Missions 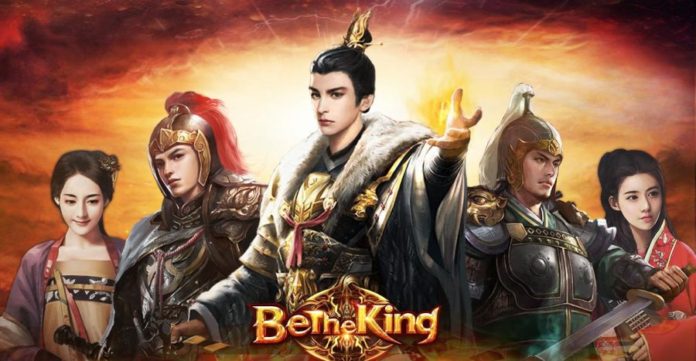 Be the King is a really nice RPG game for Android and iOS where you are challenged to become the greatest king in a Feudal Japan. And we’re here to help you with everything related to the game in our Be the King cheats and tips article: a complete guide for everything you need to know to become a true master.

From recruiting and training your retainers, to marrying beautiful ladies and getting offsprings to consolidate your power and finally all the way to winning all the battles against your enemies, Be the King has it all for you. And, as I said, we’re here to help with all Be the King tips and tricks that we can share.

So let’s not waste any second and let’s see how to get better at this game by checking out all the Be the King tips and cheats in our strategy guide!

Focus on the Daily Quests
Each day, you should focus on completing all the daily quests. This is the easiest way to gain experience for your main character (aka Merit), as well as unlock all sorts of amazing rewards. So try to unlock all chests in the daily quests each day and you will never lack items, soldiers, food or money.

You can move ahead if you can and be active in the game, performing all actions as often as possible and even completing the military campaign stages and winning battles and you will collect rewards there one after another.

But do keep an eye on the main missions as the rewards you get from there are absolutely amazing and it’s the easiest way to get items and goodies that will help you move forward faster. You will also unlock new Confidants and Retainers this way.

Train your Retainers
The Retainers are basically your generals and advisors. They have a direct effect over your general Power ranking in the game and also influence everything else in Be the King: from battling against other players, to your power in various events or the amount of goodies you get from the Mansion advisors, the Retainers are the core of the game.

Therefore, you should train them constantly. Leveling them up is only part of the equation, as that won’t increase their power by much. Still, it’s something that should be done.

But you should also focus on using various items to make them better and increase their Aptitudes and Skills.

For Aptitudes, you can spend various items that you get from completing missions and in-game events. For Skills, you can also use items or send them in the Institute.

Since the institute only has 1 slot and each training session takes 3 hours, it’s a good idea to unlock at least one extra slot there – but preferably two in order to train as many as possible at the same time and progress faster.

You should focus training at least a few Retainers better than the others. I recommend focusing on the ones that have better military skills, because they will be more useful in the long run when taking part in events, or battling other players.

For example, the ones you get early like Chen Jinnan or Hong Chengchou are good ones to focus on – but you can easily turn any other Retainer into a solid military presence by using the various Beads in your inventory.

How to get more Wives (Confidants) & Offsprings
Another extremely interesting feature of Be the King is that you can marry beautiful ladies and have children with them.

They are called Confidants and they have a role greater than just being there to make kids for you: they can directly influence various skills of your Retainers, therefore making your kingdom more powerful.

In order to get more Wives, you need to be active in the game and complete in-game missions or by completing certain milestones in the game (certain power level or VIP level).

However, the easiest and most used way of getting new Confidants is by Visiting. You do so on the main map, where you will randomly encounter people. Eventually, you will meet girls that can be your wives and after meeting them a couple of times, you will marry them.

You should always keep your luck level as high as possible when Visiting in order to increase your chances of a successful encounter with a lady and visit as often as possible. You’ll get them all eventually!

Your offsprings will be born after randomly summoning one of your Confidants and it seems that you need quite a few tries to get them. The higher the Intimacy level with the confidant that gives birth, the rarer your offspring.

Better offsprings give you highet power ratings, so it’s always a good idea to try and keep the Intimacy levels as high as possible with your Wives.

Focus on leveling up ASAP
Leveling up your main character as fast as possible is extremely important because this gives you all sorts of advantages, but most importantly it increases the numbers of Retainers you have, as well as the times you can manage your assets and affairs in the Mansion.

Don’t forget that you actually have to hit your character’s portray button in the upper left corner after you get enough experience to level up, as the leveling up process won’t happen automatically.

When you can level up, your character’s avatar will glow – make sure to level up ASAP in order to enjoy all the advantages.

As a tip – check your Items constantly because you will get Merit points (basically the XP for your character) there as well as random rewards.

Keep visiting the Mansion
The Mansion should be visited constantly because that’s where you have the Assets and Affairs options: two very important elements of the game that reward you greatly.

The Assets recharge over time (relatively fast) and they reward you with the main resource in the game: Gold, Food and Troops. The more often you collect, the more resources you will have – so do visit often!

The Affairs recharge at a slower rate, but they are a good source of Attribute Beads for your Retainers, as well as other items. Early on in the game, it’s worth getting the Merit rewards instead of Gold and Food, and take everything else (like soldiers and items for the Retainers).

Use the items in your inventory
Don’t forget to constantly check your inventory items. You’ll collect all sorts of goodies from all sorts of places in the game (so make sure to always tap everything that is marked with a red dot!) and you are usually at an advantage if you use these as soon as possible in order to enjoy the benefits.

So make it a habit to visit your inventory at least once per day, ideally right when you start playing.

This would be all for Be the King right now, but if you have additional questions don’t hesitate to ask and we’ll be happy to help. We also have extra guides coming soon, so check back often to find out more about this game! 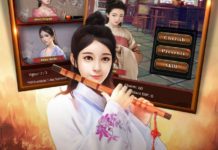 Be the King Confidants Guide: How to Get More Wives in the Game 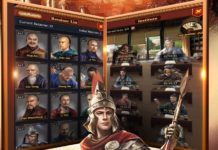 Be the King Retainer Guide: Everything about Them & How to Upgrade Them & Best Retainers