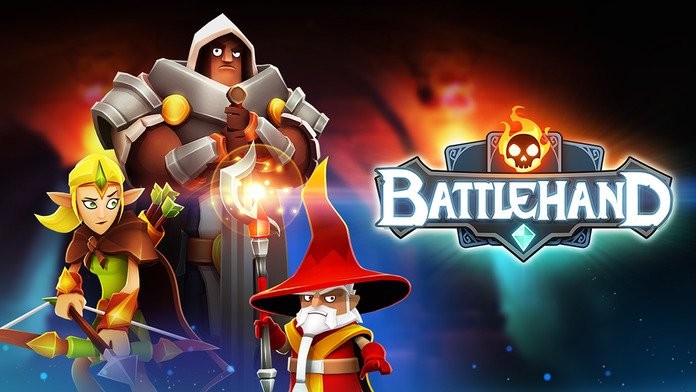 Kongregate have just launched their extremely exciting card battler on the App Store and ever since we installed it, it was the only game we’ve played here at TTP (of course, with big breaks to get the Keys to continue our adventure). But we’re not here to praise this game today, we’re here to help you get better at it and in order to achieve that, we have for you some BattleHand cheats: tips and tricks to build the perfect deck, win all your battles and get all heroes. It won’t be easy, but it sure will be fun.

So let’s not waste a single second and let’s check out below Touch, Tap, Play’s BattleHand tips and cheats to get better at this amazing game! Please note that this guide is mostly aimed at helping out beginner players, but more advanced ones should read it just in case. We’ll have an advanced guide published soon as well!

1. Focus on completing the missions
In order to unlock more Heroes in Battle and progress faster through the game, you should complete Quests as they help you increase your Fame level faster and progress through the game easily. They also act like a tutorial early in the game and guide your steps through the complex world of BattleHand, which helps a lot.

2. Don’t do any card upgrades early on
There will be missions that will require you to upgrade your cards – only do that at the beginning, because you won’t really know at that point which cards are good and how to build a great deck (more on that later in this article). So only upgrade the minimum required to complete the quests and keep playing with your basic cards until you hit the wall and you can no longer progress through the game. Most likely, at that moment, you will have a better understanding of the game, some decent cards saved up and worth upgrading and that’s when you should focus more on upgrading.

3. How to build the perfect deck in BattleHand
Each hero has specific cards they can equip, so you will have a ton of cards eventually, but only some of them available to a specific hero. This makes it a bit easier for you to build perfect decks in BattleHand, even though it means that you might have to leave some good ones behind since you can’t equip Bree’s cards to Monty, for example. But how to build the perfect hand?

It’s pretty easy, I’d say: balance is the key at first! Don’t rush to bring all your super high damage (but slow) cards into the deck! You sometimes need fast cards for those moments when an enemy has just a bit of health left or whatever other reasons. Also, always have one shield and one healing card in your deck, as these are vital. You could try to have just one of your characters act as healer/support, but that’s a bit too complicated. Personally, I think that one of each for each of your heroes is enough, combined with high damage/effect cards and quick ones.

There are also element cards that you can equip, each hero belonging to an element. Since elements are strong against other elements (but weak against another element), it makes sense to have about half or half + 1 element cards for the bonus effect. But always have some neutral cards on you for when facing elements you are weak against. Also, a perfect deck is a deck with upgraded cards, so do it as we suggest you do it at tip #4!

4. How to upgrade your cards
Once you are familiar with the cards and what they do, you can start upgrading them. There are a few things you should have in mind when upgrading cards: first of all, you should always start with your best cards (rarest – check the stars displayed on them) and work your way down. This way, if you get a better card, you can easily use it to replace one that wasn’t upgraded and therefore gain some extra upgrade materials. Also, I think it’s best to try and work on two cards at a time instead of having them all even out. Don’t forget that elements matter a lot – so upgrading a fire card with a fire booster will grant more XP points. Therefore, only use the element booster on the same element cards for maximum gains!

5. How to win your battles
There are a few strategies you should combine in order to get the most from your battles. Your draw matters a lot, as well as the opponents you’re facing. So always look at who you’re facing and, if you have the option of choosing from multiple hero types, always try to go with the elements that are stronger against your opponents. That won’t be an option for a long time, so other tactics should be applied.

In order to win your battles in BattleHand, you should always start by focusing on defeating enemies one at a time: one dead enemy is better than three with reduced health, because that dead enemy will cause no damage to your heroes! Shield cards are also extremely important and I like to play them early in the game, usually after my first attack. With a good shield, you will rarely have to play the healing cards, which is an advantage. When attacking, try to choose the cards that will have you hit your opponent (and eventually take them out) before they strike first. If the opponents are preparing a healing move, it’s wiser to perform an attack after they heal as you usually have no idea who they’re going to heal in the first place – it’s not uncommon for an enemy to target a full health teammate to heal, therefore basically wasting their move if you attack them afterwards.

6. Auto Battle when Grinding
Eventually, you will have to start grinding: this means play completed stages over and over again to gain extra experience, coins and items. That’s a good moment to start using Auto Battle. The option is available when you complete a stage (stars don’t matter), but the results of an Auto Battle won’t count towards stars in a stage. In other words, if you complete a stage with one star and the Auto Battle meets all the requirements for 3 stars, you won’t get the extra stars – you have to manually do it. But if you want to save time, speed up the game using the arrows in the upper left corner when in battle and use the Auto option!

7. Don’t forget about each hero’s special power!
As you perform actions in the game, the meter on the right fills up and when completely filled, you can unleash their special skill – the Hero Trait. Don’t forget to activate them as soon as they’re unlocked to make all battles a lot easier.

8. What heroes to unlock next
You will get the chance to hire more heroes as your Fame level increases and there are always more choices of heroes. I would personally suggest to go first and unlock elements that you don’t already have to make it easier for you in future stages, but apart from that, it’s all based on personal preference: the heroes are pretty even, but make sure that you check out their traits in order to get the one whose traits you like the most.

There’s a lot more about BattleHand than first catches the eye, so make sure to put these tips to good use and come back later for some more advanced tips for this awesome RPG game! Also, if you have more tips and tricks to share with us, don’t hesitate to comment below!