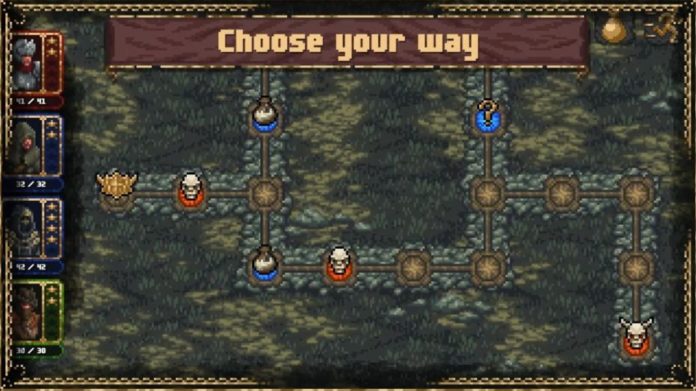 In our article today we are going to cover all of the Battle Soul tips and cheats that you need to know in order to put together a powerful team, as well as choose the right answers when it comes to the dungeon encounters!

Like a RPG and pixel graphics fan myself, I can say that this game has managed to encompass the very essence of the genre, but added a little gacha moment with the hero summoning, which I honestly cannot complain about (loving this kind of features).

In this article we will share all the basics of the game, as well as our suggestions on what you should and shouldn’t do when it comes to choices and encounters, so if you are new to this type of game, then worry not!

But enough with the introductions – let’s get right into the Battle Souls tips and tricks because that’s what you came here for! 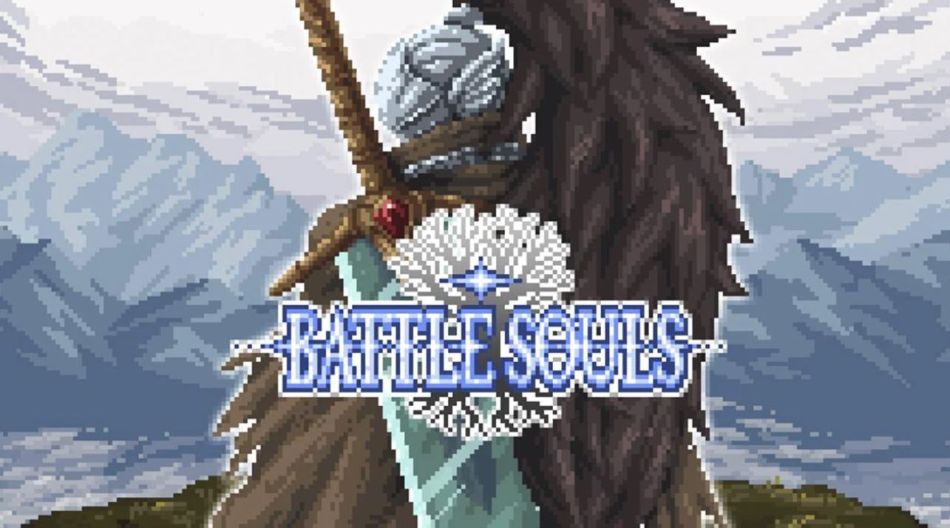 Use your first gems to summon more heroes

When you are just starting off in the game you will be given a number of gems. Use these to summon more heroes and complete your hero roster. I would suggest that you don’t go into battle with just the heroes that the game gives you at first, because it might be quite difficult to defeat the enemies you bump into.

The heroes will help you defeat enemies a lot easier, and you will not have any issues passing the stages this way. When you are doing the tutorial you will also summon a couple of heroes, so add them to your collection!

I would suggest that you save 25 Gems every time to do 5 summons at once, because it feels like the chance of getting a better hero will increase.

Also, do not limit yourself to just the one tab of heroes that appears. Summon Archers and Priests too and create a powerful force! 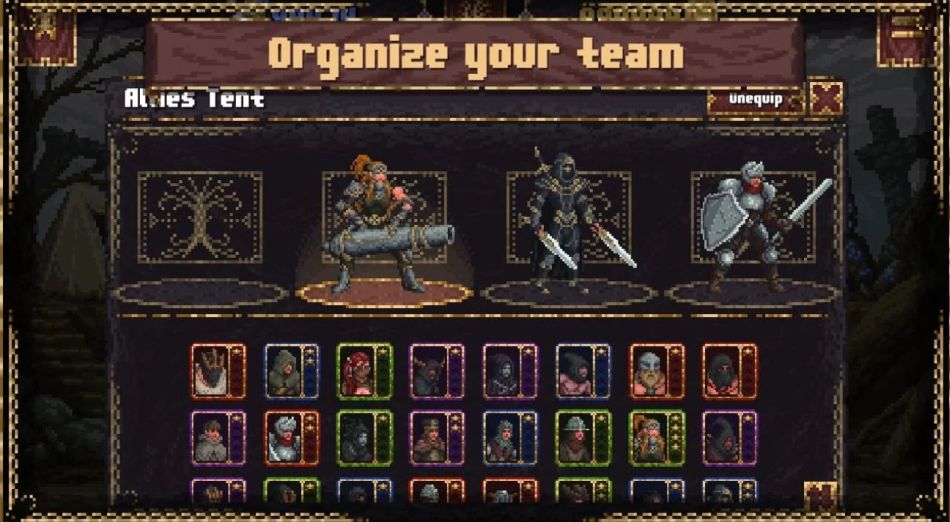 You don’t always have to find the shortest route

As soon as you start adventuring into battle, you will see a long road ahead of you. At any given time, you can only move 1 space, and that space should be forward. So you can’t really go back if you think that you took a wrong turn.

All you need to know here is that even if you see a short road, it might be more dangerous than the longer one. So don’t always go on the short road, because you might miss out on some pretty good rewards you could get from taking the longer route!

When the Rate Battle Souls window appears, get the Gems!

After a little bit of playing, you will most certainly get a pop up on your screen which will ask you to rate the game. Of course, you don’t have to do anything pretty much if you don’t want to, but if you want the 35 free Gems that you get for rating the game, by all means get them! 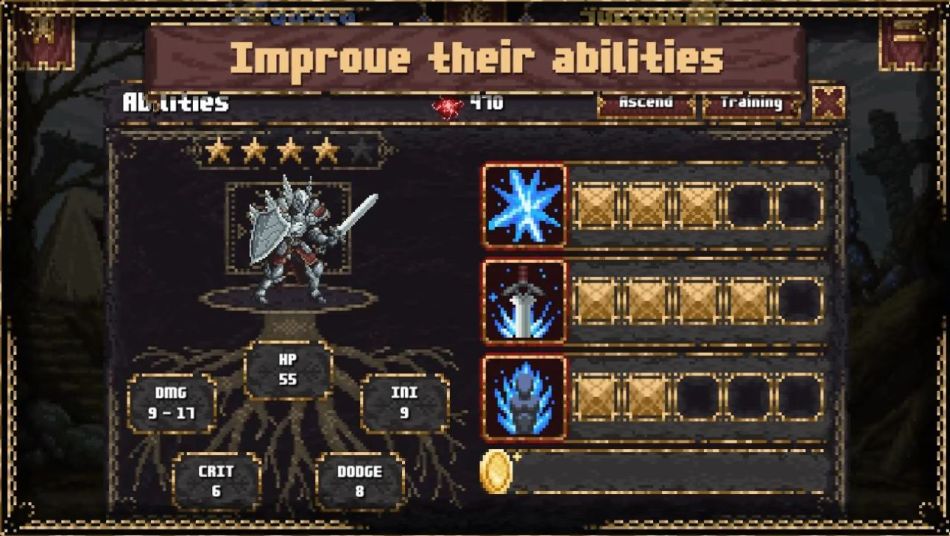 In reality, you don’t even have to rate it if you don’t wish to do so, and you can still earn the gems. All you really have to do is just tap on the “Rate game” button and you will be taken into a new window which appears, where you rate the game.

Since you don’t have to actually rate the game, you can just tap to go back to the game and the Gems earned for doing so will be given to you. Nothing more simple than that I would say!

Reveal the map if you wish to do so

Right before starting a new adventure, you will get a window which will show you the Storage. Here, you can spend a few coins to purchase some items, which could prove very useful – especially if you can’t seem to pass the stage otherwise.

The best ones in my opinion are the Treasure Map which reveals all the treasures locations you might encounter during that stage, but it will not reveal the traps and monsters, unless you buy the Combat Map as well.

You can have a maximum 3 items at once, and the best ones are by far the maps and the Bunch of Keys! So if you have Gold to spare, this is the way to go. 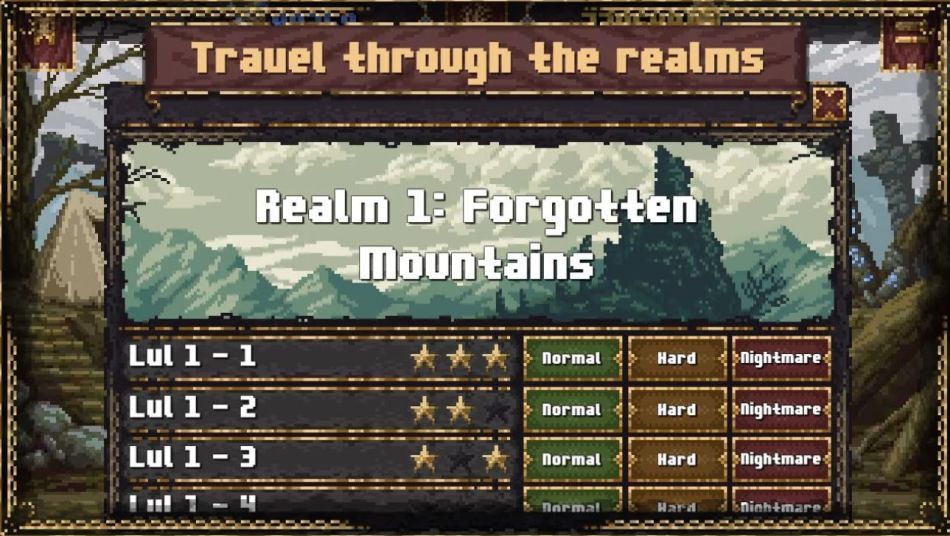 Every new day you can log in to the game and open a free Daily Chest full of goodies, from Gems to Gold. You should do this every day, because they will keep adding up and even if you don’t really plan on playing the game that particular day, just do yourself a favor and log to get the chest.

It will come in handy when you will have the time to play and then you can use the Gems to summon more heroes!

It is very important that you actually learn what each hero does and which position they are best used in. This will not only help with making your team more powerful – because as you well know, knowledge is power – but it will also help you understand better where to strike the enemy and how to make powerful combinations.

I prefer using AoE heroes which help me deal with multiple enemies at once, because that way I can kill them much easier and take less damage than normally.

Watch an ad for free Gems

If you like Gems (and honestly, who doesn’t?) you might want to get them for free, without actually charging money into the game. When you open the Gem interface you will see next to the Daily Chest a Free tab.

There if you choose to watch an advertisement, you will receive a Gem for free! It’s really easy to do so if you want gems for free, and if you want them quickly without fighting. I have watched 25 ads and got the 5 summons and honestly, it was one of the easiest ways to acquire Gems. 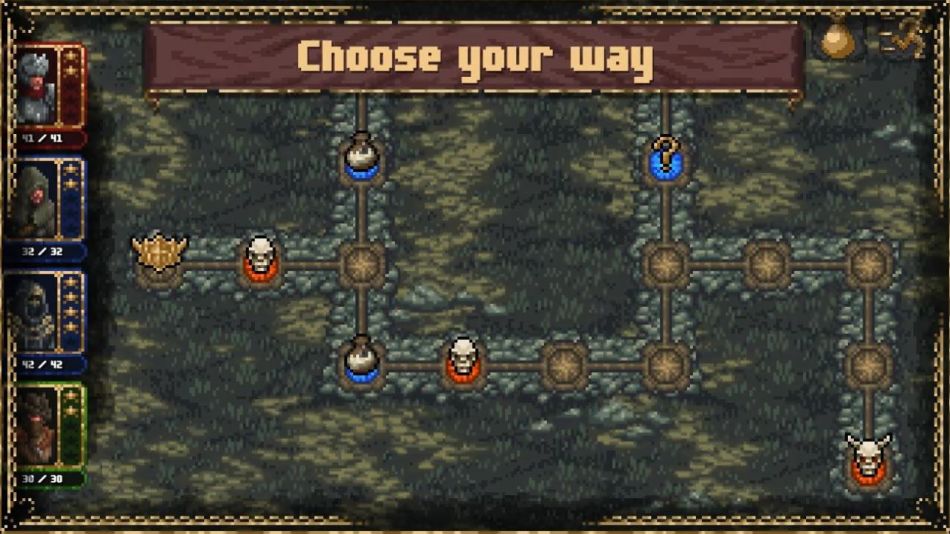 Choose wisely when in encounters

Often on your adventure, you will run into random encounters – be it dead knights or priests, you should always be prepared to fight. In these encounters you will often have 2 or 3 options, and some of them depend on chance (percentage).

Don’t assume that it will be easy, because it is not. I would suggest that no matter what you do, do not lose your gold. Always try to fight or choose the option which rewards you with Gold, because that’s the best option.

These would be all of our Battle Souls tips and tricks that we have for you right now! If you know some other cool strategies or tips, make sure you share them with all of us down in the comments below!