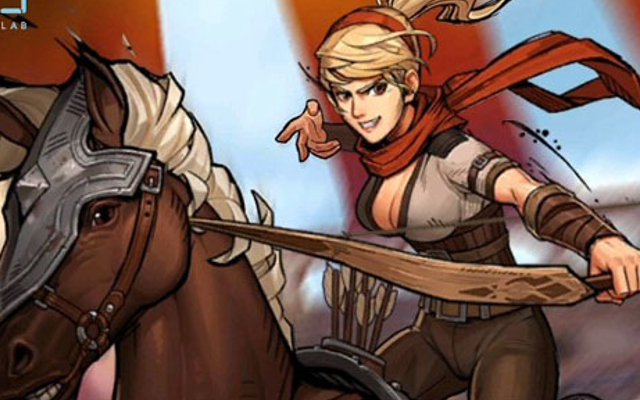 Grab your bow, mount your horse, and aim for the top of the arena! Battle of Arrow is a fast-paced archery game where you’ll duel other players from around the world to see who’s the top archer! Equip bows, crossbows, longbows, and more as you aim to become the ultimate warrior. You’ve never experienced horseback archery like this! Our Battle of Arrow cheats and tips will get you started on some talent choices, accuracy tips, and more!

Even though Battle of Arrow’s core concept is easy to grasp, there’s a lot of depth to it, so let’s get started with our Battle of Arrow cheats, tips and tricks strategy guide!

Change up your talents to adapt!

After you level up a couple of times, you’ll unlock your first talent points. Talents are split into two categories: active and passive talents. Passive talents provide you with stat boosts while active talents must be equipped and manually activated during a battle. You can only bring two active talents with you into a battle at once.

The Marksman tree contains passive talents that increase your natural bow ability, like increasing zoom speed, base damage, reloading speed, and so forth. Further down the line you’ll be able to specialize in a single type of bow if you wish with Bow Mastery, Shortbow Mastery, etc. These talents increase your attack power with the matching type of bow. If you’ve got extra points to spend, investing in the Marksman tree is always a good idea.

The Survival tree increases your durability in battle by increasing your HP, shields, and defense. There are four active talents in here that can help you tough it out. The Dumpling and Rice Ball talents restore your HP and shields respectively. The Spur talent temporarily increases your mount’s speed, making it trickier for your opponent to aim. The Decoy talent creates an illusion of you which can completely confuse your opponent.

The Technique tree allows you to wield powerful elemental arrows. Fire arrows ignite your enemies which renders them susceptible to more damage from all other sources. Poison arrows poison your target, dealing damage over time that ignores shield. Poisoned targets also shake uncontrollably, making it harder for them to land shots! Ice arrows freeze targets which slows them down temporarily, making them easier to hit.

Lightning arrows deal damage over time and reduce the enemy’s aiming speed. The final talent is Arrow Shower, a channeled ability that deals massive (400) damage over time to your opponent. Just be aware that it’s channeled, which means you can’t do anything else while you’re using it.

As a general rule, taking one active talent from the Survival tree and one from the Technique tree is a good, versatile build. Bring a support ability to keep you up during the battle and an elemental arrow to weaken your opponent. Keep in mind though that refunding all of your talent points costs absolutely nothing, so you can change up your build whenever you wish, and it’s a good idea to do so!

Aim for the weak spots!

When you’re fighting other players in Arena mode, head shots are great, but weak spot shots are even better! Every so often you’ll see a small red swirl appear somewhere on your opponent. If you can manage to land a hit on this spot, your opponent will take massive damage. The spot will continuously move over their body, so you’ll need to adjust your aim accordingly!

Try using talents to make it easier, like Ice arrows! Consecutive hits against the weak spot do increasing damage, so let them have it!

In Campaign mode, bosses that have weak spots will have armor covering them. You’ll need to break their gear before you can get to the weak spots underneath. Unlike player weak spots, the spot on bosses doesn’t move, however it’s never in the same place between battles. If it was under one piece of armor last time, it’s probably under a different piece this time. Break all of the boss’ gear to find the weak spot!

The Rival Rankings is a list of twenty players who are of similar skill level to you. As you win and lose battles in the Arena, your position in the Rival Rankings will shift accordingly. Rival Rankings are short term and they usually don’t last for longer than a couple of hours, but if you can manage to do well to place high on the rankings, you’ll get awesome rewards!

If you place in the top five players, you’ll be rewarded with precious gold bars, the premium currency of the game. Play arena mode a lot to place high!

How well you perform in Battle of Arrow is directly related to your ability to master the gyro controls. The best tip we can give you is to use very slight and gentle movements when moving your device.

It takes some practice but once you get used to aiming slowly, you’ll be able to pinpoint shots like a pro. Be sure that your device is in a good, neutral position before you start a match so that it doesn’t throw off the calibration.

That’s all for Battle of Arrow! If you have any other tips or tricks to share, let us know in the comments below!