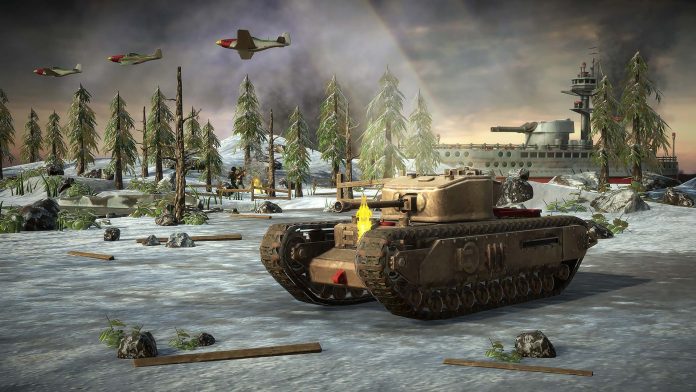 You’ll need to balance your unit cards out through a number of factors. First off, you should try to have an even balance between low CP cost units and high CP units. You’ll have some problems during the beginning of the match if you stack your battalion full of high CP units. Likewise, it’ll be an uphill battle during the late game phase if you don’t have any powerful high CP units to go for the final push.

You’ll also need to consider individual unit behavior and stats. For example, certain units like the Medium Tank will only target enemy emplacements, meaning that it’s very vulnerable to getting swarmed by infantry. Specific units also have special modifiers – the Bazooka unit for example pierces armor, meaning it’s well-suited for taking down enemy armor like the aforementioned Medium Tank. Each unit has its own unique pros and cons, and it’s your job to make sure that your battalion works well together!

Since you have eight unit slots in your battalion, a good starting point would be to have:

Like the other competitive tower defense games, the key to achieving victory is to gain the upper hand early on. Generally you’ll want to play aggressively so that the remainder of the match is an uphill battle for your opponent. Keeping them on the backpedal is key to cornering them, and this means that you’ll have to counter any attempt at a pushback from them. Another upside to playing aggressively is that you’ll force your opponent to respond, meaning they might throw out their strongest units right away. You’ll be able to get a good feel for their battalion, and you’ll know how to counter accordingly the sooner you know what kind of units they’re packing.

4. Try out a practice battle!

Curious about a new unit card? Want to try out a new strategy? If you tap the target icon below the ranked battle button, you’ll enter a practice battle. If you’re ever unsure of unit interaction or if you just want to try something out, feel free to hop into a practice battle. You can leave at any time without any kind of penalty. This is the best way to try out new strategies without risking a loss from an actual match. Since these games are all about being able to respond and counter accordingly to your opponent, you can also try out counter-strategies.

That’s all for Battle Islands: Commanders. If you have any other tips or tricks to share, let us know in the comments below! 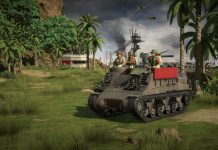