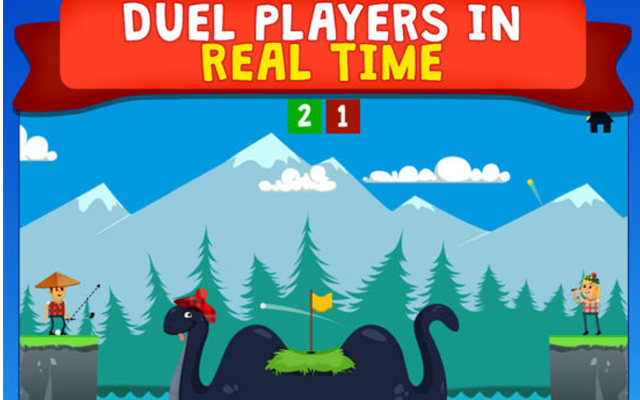 Battle people from around the world in online golf! Battle Golf Online is a simple one tap game of golf that you can play online against random players. You can even play local multiplayer on the same device if you’ve got a buddy around. Our Battle Golf Online cheats and tips will help you become the ultimate golfer!

Battle Golf Online is a lot of fun to play against other people, so we’re hoping you’re enjoying the game. Our Battle Golf Online cheats, tips and tricks strategy guide includes lots of helpful notes, so let’s get started!

Go for the headshot!

If you have some extra time between shots, considering playing dirty and launching a golf ball right at your opponent’s face! If you can hit your opponent in the head with a well-placed shot, they’ll be stunned for about 3 seconds. During this time they cannot make a shot! With some crazy good timing, you might even be able to prevent your opponent from making a winning shot.

Your Daily Quests are shown at the bottom of the hat selection screen. You’ll get objectives that require you to score headshots, win a perfect game, and so forth. Completing all of the objectives will reward you with 300 coins, which will let you buy three new hats! The hats seems to be purely cosmetic (save for the Golden Hat), so if you don’t care about funny hats then you don’t need to worry about the daily quests.

Keep playing even if you’re alone!

Sometimes during an online match you might notice your opponent not taking any shots for a long time. This usually means that your opponent has disconnected and they won’t attempt anymore shots. You can take advantage of this, however! The game doesn’t end immediately and the match is still valid, meaning that if you see it all the way through to the end, you’re still rewarded with coins for winning!

Move the balls around using other balls!

You’ll notice on some layouts – namely the ones that have the hole in a pit – that sometimes your balls will get stuck on the terrain and just sit there. You can actually use this to your advantage, because you can hit them with another shot. Is one of your balls right next to the hole? Try nudging it with another one!

Be careful – this also applies to your opponent’s balls as well! If you’re not careful you might end up pushing their ball into the hole too, which counts as a point for them.

As a general rule of thumb you should never have to use more than light orange power when attempting a shot on the hole. There are eight segments on the power bar, and light orange is the fifth segment. Any shots past this color will almost always fly way too far. Even if you’re up against the castle layout which is probably the most vertical hole, you don’t have to use too much power to get on the top.

That’s all for Battle Golf Online! If you’ve got any other tips or tricks to share, let us know in the comments below!