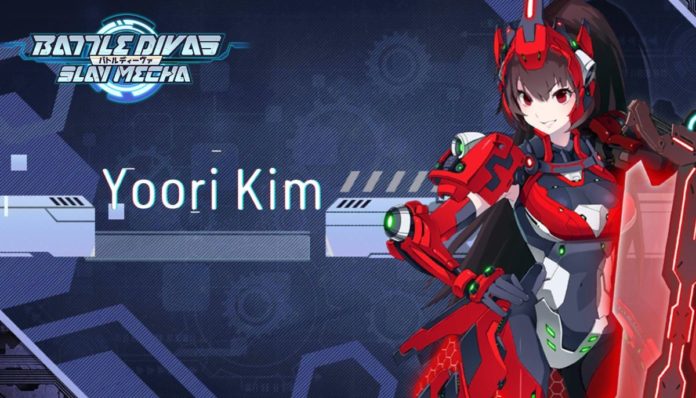 If you want to improve your game greatly, our Battle Divas tips and cheats are here to make it happen. You’ll learn today how to play the game, how to win battles, how to setup the perfect team and much more.

Fully titled Battle Divas: Slay Mecha, the game mixes gacha and turn based RPG elements to deliver a truly amazing experience that you will instantly fall in love with. A great game for all ages, impossible to put down!

But now let’s see how to make the time spent playing it as productive as possible with the help of our Battle Divas tips in our guide below.

Progress through the main campaign ASAP

Focus on completing as many battles in the main campaign as possible. I would go as far as saying that you shouldn’t even worry to much about stars at this point.

You want to complete as many stages as possible in order to unlock all the content in Battle Divas: Slay Mecha. Afterwards, you should start focusing on actually doing a good job, collecting all the stars in each mission and grabbing all rewards.

Know the areas of effect for each hero

A very interesting thing in the game is that each of your heroes has a different area of effect, based on the type of weapon that they are using. This affects the flow and course of a battle massively.

The good news is that you don’t have to remember how each hero attacks. When you move them during a battle, you will have a visual indicator of the area of effect. But do try to remember it for your starting heroes in order to better plan your moves.

For example, in my case, during a boss battle I was proven that you have to strategize a bit in order to make it work flawlessly.

I was fighting a boss that somehow ended up retreating in a corner, with an obstacle in the way. I only had one hero that was capable of reaching and attacking the boss. While I did win, it was a bit frustrating and took longer. This wouldn’t have happened if I had my own heroes’ areas of attack in mind.

Since Battle Divas is a turn based game where you and your enemies will constantly move on the battlefield, positions will constantly shift and you should take that into account when playing.

While the enemies won’t be able to simply retreat and avoid an attack you have set up, they will move when their turn comes, trying to get an advantage. And most of the times you can prevent that from happening.

Simply place your own heroes in areas that the enemies would like to move to get an advantage and you’ll have a much easier job at defeating them.

Also have in mind that some of your heroes are slower (or can be slowed down): you always want to be in a spot where you can attack constantly.

Pick up power-ups on the battlefield

In most battles, there will be some sort of a power-up available for collecting. Be careful – opponents can (and generally will) collect them as well.

In most cases, you will have to destroy an obstacle on the map in order to unlock the said power-up. It will take a turn to be able to move into the area and collect it.

But take a look at the placement of the power-ups and try to take advantage of them whenever possible. In most cases, it’s ideal to use your heroes’ area of effect attacks to hit both these and enemies for a win-win situation.

When fighting a boss in the game, you will be able to prepare your placement in advance before they use one of their special attacks. You will be warned where it will happen by red squares with exclamation marks on them.

In most cases, it’s a good idea to just stay away from that area in order to avoid the damage. In other cases (like it is the boss battle at the end of Chapter 2), you should actually step into those areas to prevent the attack (a summon in this case) from happening.

In other words, you should know your opponent well and use all the indicators and help you get – directly or indirectly – to win.

Ultimate attacks are amazing for sure and the great thing about them is that they can be used without consuming the hero’s basic attack.

This allows for some advanced planning and strategic thinking. Depending on what heroes you have in your team and if more have their ultimate ready, you can choose the order in which to activate them to get the most out of these attacks.

You can also move your character before activating an ultimate attack so you really have all you need to really make them count.

For example, in a battle where I was fighting against exploding enemies that dealt damage when destroyed, I first used some nearby heroes to defeat them (with ultimates) and at the end, I used my healer to boos the HP of those affected by the explosions.

If I hadn’t paid attention to the order in which I activated the ultimates, my heroes would’ve been in poorer health and the risk of losing the battle would’ve been greater.

Equip your heroes according to their role

Most heroes deal damage, that is a fact. Most heroes constantly move on the battlefield, so we’re not talking about traditional roles. We don’t really have tanks, because you can’t really control who the opponents will attack.

But you can still set your own roles for your characters and equip them accordingly.

Fast characters can usually move faster and go ahead of the rest, dealing damage to faraway opponents. If you go full healer with a hero, they won’t benefit from items that boost their attack.

So always consider what your hero does on the field and how you use them, then equip them in such a way to boost their most important stats.

Also pay attention to the descriptions of the items: many of them will have additional effects that make them better or worthless depending on the hero equipping them.

Complete each mission having the requirements in mind

Each story mission in the game has its own set of requirements you must complete to get the maximum number of stars.

Even when storming through the campaign early on in the game, you should still pay attention to these requirements. Sometimes, you can miss getting the maximum number of stars simply because you don’t have in the team a hero that the mission wants you to have.

In most cases, the mission requirements are very easy, so you should take the time and check them out each time before you go to battle.

How to unlock all heroes in Battle Divas

This game takes an interesting approach to the whole hero/character part. Unlike in most other games, you don’t have hundreds to characters to unlock. It’s just several of them available, and you will unlock them all by completing the main story.

However, that’s just part of the challenge because each character can equip a different weapon, which can change them drastically. It’s actually this weapon that can be considered an important part of a hero’s identity (more on this later).

For unlocking the weapons, things get a bit more complicated – and varied. You can unlock most of these as a free to play player by simply being active in the game, but some are easier to get if you invest some real life money.

Understanding Weapons in the game

I want to talk a bit more about weapons and how they work, in order to help you better understand this mechanic.

Unlike the other armor bits that you can find easily by completing missions and you can switch them on and off as you feel like, weapons are a lot more special.

Each weapon has a different area of effect and completely changes how your character plays. The weapons can only be equipped by the character they are made for.

They have different attacks, but they won’t have a huge effect on the general stats of a player. This means that a player that uses one weapon won’t change their stats a lot if you switch to another one.

In other words, find a weapon that you like and use it as often as possible in order to level it up and make it better!

Setting up the perfect team

With weapons that can completely change how a hero behaves on the battlefield, there’s a lot of thinking for you to do regarding the perfect team composition.

We have Nightingale, for example, who can be a full time healer/support unit or a damage dealing and debuffer. Ling has a similar story and all heroes can change drastically depending on the weapon you have equipped.

So, how to go about it? Well, I recommend setting up your team with one dedicated healer or at least partial healer. Without one, it’s difficult to stay alive long and get the most out of the game.

You will need two massive damage dealers, ideally with a large area of effect, so that they can hit multiple enemies at once. Also, having a melee and ranged unit combo is a good idea as you have more tactical options this way.

Finally, get a support unit to round up your team: one that deals damage to the enemies and either debuffs them or boosts your own. I believe that the latter is the better option since you have more control over this and can play your support unit a bit more defensively.

You will need to have completed at least chapter 4 and have multiple weapons unlocked before you can be picky and strategize well about creating the perfect team in Battle Divas.

Also, you can check out our Battle Divas tier list to see which are the best characters and weapon combos in the game.

These would be all the Battle Divas: Slay Mecha tips that we had for you today. If you have additional advice for fellow players, don’t hesitate to let us all know by commenting below.