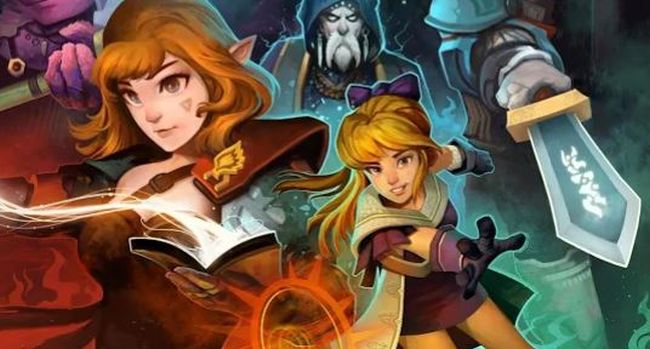 In today’s article we are going to dive into the Battle Bouncers tips and cheats and help you better understand the game, and pass more stages with ease!

The game follows quite a unique game mechanic and if I say that you will have a blast playing it, you better believe it! Now as a lover of strategy games, I found myself wondering if this game is actually all strategy or the balls automatically bounce off to where they have to go – and after testing it, I can confirm that it’s all about strategy!

So to those of you looking to really find something challenging to entertain yourselves, look no further because you’ve found it! And since you are here, let’s dive right into the Battle Bouncers tips and tricks to help you pass more stages and better understand the game!

A powerful team is a very important part of the game, because it will make levels a lot easier. Now at the very beginning you won’t be able to do much, other than play with what you’re given, but even so you should try to advance as much as you can and get to unlocking better heroes!

Each character will have their own attribute, and there are three types of heroes in the game:

– Attacker: These heroes have some of the strongest attacks, and they also possess skills that will chip away at enemy HP bars quickly! They are in my opinion the “core” of the team, because without proper attacker heroes you won’t be able to achieve much!

– Defender: These heroes have defensive abilities, such as pushing back some blocks and similar stuff. They are a good asset for the team, but you can do well without them too depending on how you choose to assemble the team.

– Support: These heroes will provide useful abilities which can heal allies and help in every possible way. Supports are some of the most important in my opinion, right up there with the attackers.

What is a good team composition?

In my opinion you can never go wrong with having a lot of fire power! That way you can charge up some heroes’ attacks and destroy enemy bosses before they even realize what hit them!

– 3x Attackers + 1 Defender + 1 Support: This is a balanced team composition which provides everything, from damage to defensive abilities and support. It’s good for the starter levels until you get something better.

– 4x Attackers + 1 Support: This team is solely based on attackers’ skills. The support is there in case things take a bad turn, but if you play it cool you will see that you will destroy enemies super quickly.

– 5x Attackers: If you really want to YOLO it, then you can go full damage, but normally attackers are really squishy so it’s going to be difficult to pull it off with weak units. This can only work if you can kill them before they even know what hit them.

I don’t recommend that you use this one at start, because you will want to get used to the game better first and learn how enemies attack.

Never use only supports or only defenders! That will never work, because even if you are able to tank long enough, your fire power is so low that eventually you will run out of defensive abilities and lose (because you can’t kill them in time).

This is a little something that will help you a long way. Basically what you want to be doing is bounce the balls off the walls in such a matter that you get them to the back line. That way you will be able to bounce off more, because there are a lot of tiles in between, which means more damage!

I suggest that you look for the little gaps where you can sneak to the back line because they are there and that will really make it a lot easier.

Make sure to destroy the closest enemies first

But assuming that there are enemies close to you, what you should be doing is to try and make the balls bounce off the back several times (if possible), and if not, try to tackle the enemies which deal the most damage first.

Keep in mind that the tiles will destroy enemies within the same lane (correct me if I am wrong, maybe my observation skills are off) so if you want to keep a certain unit alive, destroy enemies in front of that hero!

If you played the normal match three type of games, then you probably know about boosters and how they are limited to use. Well, in Battle Bouncers it’s not like that! The heroes’ skills are free to use, they only cost Mana! Keep that deeply engraved in your head, because some people try to clear levels without even looking at the hero skills!

So make sure that you are not like that, and whenever you seem to be in trouble or want to clear a stage easier, use the skills!

And since we’re covering this topic, there are Mana potions scattered around the board! To make it easier for you to cast the skills, make sure that you pick up the Mana because it will help you fill up and allow for more skills to be used!

Depending on what team you put together, you will have various skills. I suggest that you save the attackers’ skills for when you need to deal some significant damage, or want to finish a stage much faster. As for the support and defender skills, use them if you are running low on HP or want to avoid incoming damage from enemies (shield your heroes with defenders’ skills).

By playing the levels you will collect items, Gems, EXP and tons of useful stuff pretty much. Among these “useful stuff” you will also get hero EXP potions, which are used to boost a hero’s level.

You should try to use these potions for your strongest heroes, and mainly for the attackers! By upgrading a hero, their skill will also deal more damage so it’s going to make for a pretty big difference!

Equip runes to your heroes

Again, among the “useful stuff” that you pick up during battles there will be items that you can equip your heroes with. I suggest that you first gear up your most used heroes, the attackers, as these items will boost them little by little.

There are a couple of other ways to obtain these runes, from the Shop:

How to get more Runes for your heroes

There are a couple of ways to get more Runes for the characters, so let me briefly explain all of them to you, so that you’ll have an easier time getting them:

– There is a free chest in the Shop: Every day you will be able to get a free chest containing runes in the Shop, without having to do anything pretty much. Just make sure that you log in and claim it, because it will come in handy the more heroes you obtain!

– Watch an ad for a free chest in the Shop: Right next to the free rune chest, you will have the ad chest. There is some random loot inside, but in order to open it you’ll have to watch an ad! Do it whenever it is available because anything will benefit you in the long run.

– Grind specific levels for certain runes: This will not only help you get EXP, but also Runes and other loot specific to the level that you choose. What you need to do is decide what item you want to obtain, and then find a stage that drops that item. Once you found it, play and re-play that stage until you get it.

Join a Clan to get more goods

Players that reach level 8 will be able to join a Clan! Clans allow players to request items for free from their clan mates, and that is something that will really help you improve quite a bit for free. I suggest that you take your time and find a good and active Clan because if it’s not active and has people in it, then there won’t be much benefit for you!

These would be all of our Battle Bouncers tips and tricks that we have for you right now! Do you know some more useful game tips and strategies that you want to share with the rest of us? Leave them all down in the comments section below! 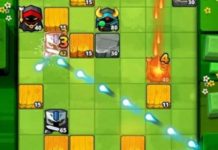