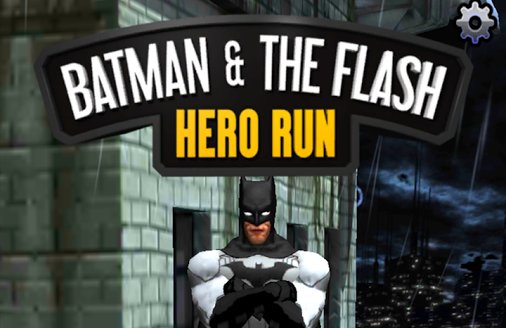 I love it when game developers are doing their best to bring new ideas to genres that are overcrowded and overpopulated and that’s exactly what Gree did with Batman & The Flash Hero Run. But we’re not here to praise the game, we’re here to check out some Batman & The Flash Hero Run cheats and tips that will help you defeat the Joker and all the other bosses and get a really amazing high score in the game. It’s not easy since there are some new mechanics introduced into play, but that’s what makes this game so fun, in the end!

So let’s check out below some Batman & The Flash Hero Run tips and tricks and strategy guide that will help you better understand the game and get better at it altogether.

1. Don’t shoot at enemies
You will need a ton of ammo to defeat the Joker, so you should try to conserve as much as possible. This means that you should go for the less experience points and not shoot the enemies. Big guys? Just ignore them and make ammo conservation your top priority (well, after staying alive, of course).

3. Look ahead
Being prepared for what’s to come is a great idea in Batman & The Flash Hero Run, so you should always look ahead and see what obstacles are coming, to choose the easiest lane to follow. Extremely useful when we’re talking about the moving obstacles, such as incoming cars or boulders.

4. New character, new game
The nice thing in this game is that when you switch the characters, you basically get a new game since it plays in a different setting. Personally, I like the Batman setting better, but you should try our all the characters and focus on mastering the one that you really like. Give them a try!

5. Evolve your cards
When your character reaches level 5, you can evolve the card IF you have another card of a similar level. You usually get them easy at start, so evolving Batman is simple, but things get bit more complicated afterwards. You can also Level-up your characters by using boost cards, but there’s really no reason to do that as you gain experience from playing the game anyway. Better save those Boost cards for the more complex characters, maybe they will be more useful there.

6. Buy new cards
Instead of spending your money on individual gadgets (which really makes little sense to spend coins on), get Character cards that will help you evolve your characters. You need to level them up one by one, but there is time and in the end it’s the only sure way to achieve your goals. If you keep spending the coins on boosts, you won’t get very far.

7. What gadgets to use
When you have a solid stack of gadgets and you want to go as far as possible in the game, you can bring in extra gadgets. One card per use and unless you unselect it, it will be used until you run out of cards. Clearly, the most useful is the Revive card since it basically gives you an extra live, but also useful are the Health Boosts (basically does the same thing).

This would be it in terms of Batman & The Flash Hero Run tips and tricks for you, I really hope that you found them useful and they’ll help you get a better score next time you play the game.