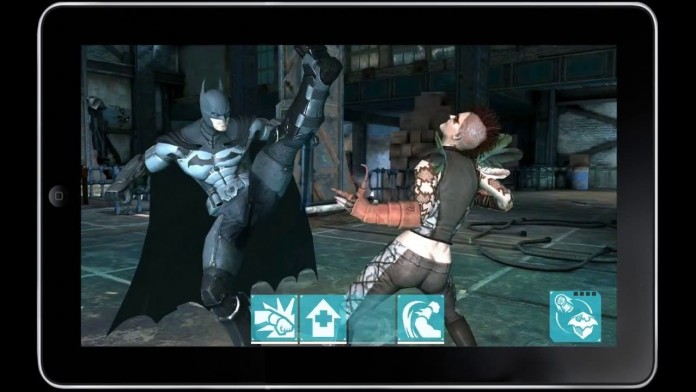 There’s not a soul on Earth that doesn’t know who Batman is. Everyone’s favorite hero is going to come back in the gaming world later this month, when Batman: Arkham Origins releases on home consoles.

Mobile gamers haven’t been forgotten by Warner Bros, though. The company has recently announced that a mobile version of the game will be released on iOS on a yet to be revealed date.

The mobile version of Arkham Origins is going to be a different game that the console one, featuring a fighting game experience made richer by the inclusion of role playing game elements.

The game is going to be developed by Netherealm Studios, the team behind modern Mortal Kombat games and the highly successful Injustice: Gods Among Us. This fact alone proves how Warner Bros wants to release a high quality game and not a mediocre one used only to make money in a quick way.

Gamers buying the console version of the game will have one more reason to buy the mobile title since it can be used to unlock contents for the main game.

If we have made you curious, you can check out the first trailer for Batman: Arkham Origins Mobile right below.

A release date for Batman: Arkham Origins Mobile has yet to be revealed. Considering how the main game will get released on October 25th, the mobile version should be launched not too far from this date.

More details should be coming in later today so stay tuned for updates.