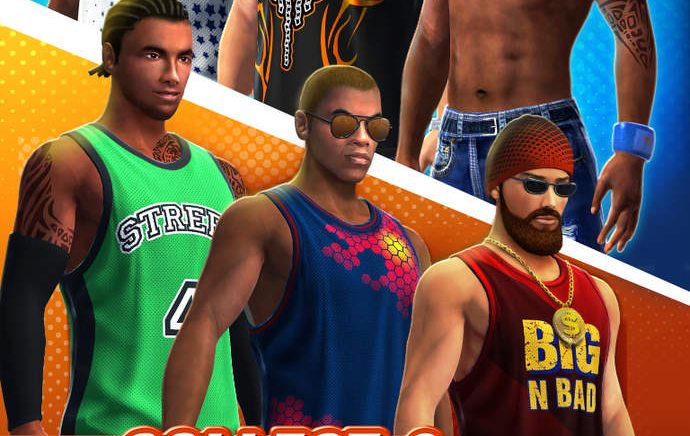 Miniclip have just launched a super duper basketball game on the App Store, Basketball Stars. It is really amazing that you play against other people all over the world, get cash while doing so and unlock all sorts of equipment and bling to customize your character. Winning is not easy, though, so I’ve decided to create this quick guide for Basketball Stars – cheats & tips to help you win every match you play!

It won’t be easy, but after getting an 11 match winning streak in the Attack/Defense mode, I think I might have some nice tricks for you, so let’s check out the Basketball Stars tips & cheats below for Miniclip’s game!

1. Time lapse cheat not working
Setting your device’s time ahead in order to collect the rewards (cash or bags) faster does not work, so don’t try it. Time to move to something else!

2. What mode to play
There are two game modes and you should definitely play the one you feel most confident it. Attack / Defense is by far the most popular and more fun option because it adds the defending the ball into play, but if you are really good at scoring those shots and nailing the perfect shots, it’s best to play the classic mode to make more money. But if it’s fun you’re looking for, the A/D is the best option!

3. Start with a steal
Usually, when you start the game and you have to defend, the best move you can start with is a steal. The steal will work great against slower opponents, those who want to shoot or fake a shot, so you already have more chances of actually winning the ball. You won’t do anything if they move to a side, but even if they do there might still be some time for you to block them if they somehow try to fake a shot first.

4. Predict your opponent’s moves
Most players will follow patterns when playing Basketball Stars, both in defense and in offense – but especially in offense. You’ll have those who will try to trick you with fake shots and moves, you will have those who will always go to a side… it’s relatively easy to guess their strategy after one or two of their shots, and try to do so because you’ll defend flawlessly against them or at least add pressure on them and have them miss.

5. Be unpredictable
And since predicting another player’s moves can be extremely easy to defeat them, you should be completely unpredictable. I would suggest swiping and going to one side as soon as possible to avoid a potential steal, then either move to another side or do a fake move to completely mess up with your opponent. Never follow patterns and always try to do something new because this is the way you will beat even the more skilled players.

6. Start low
I know that once you get a 10 winning streak, you will start feeling like a pro, but don’t rush to the more advanced courts, as there are some really solid players there and you could easily run out of money and have to wait a lot in order to get some more. Play the easy games for as long as possible, then move on when you have a better ball and you are really, really confident that you can handle the extra skill. The best way to know that is to try a game in the better court once you have enough (let’s say, for starters, 10-11 thousand) and if it seems you can handle, keep on playing. If not, practice more!

7. Get a better ball
At level 6 you unlock a great new ball, the Croc, which costs 15 gold. You can get the gold relatively easily by leveling up, playing in the higher courts and grabbing the gold shots and by Connecting to Facebook. This ball is way better than the basic one and you should get it as soon as you have the gold for it!

These would be for now our tips and tricks for Basketball Stars, and all I can say more is to keep on playing and practicing and you’ll do great! If you have other strategies or tips to share, don’t hesitate to let us know by commenting below.