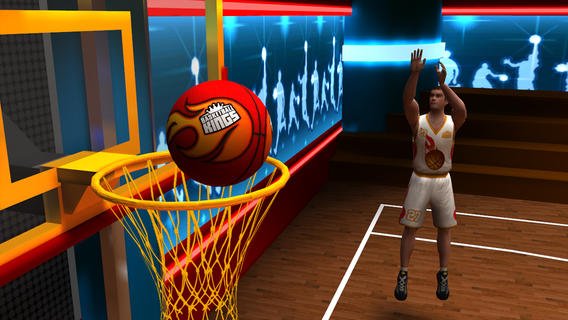 Since my dream of playing in the NBA never came true, I have to settle for Basketball Kings on iPhone and iPad, the closest thing to the real deal on a mobile platform. And since everybody wants to get better at the game, I am here to share with you a set of Basketball Kings cheats and tips that will help you improve your game and hopefully have you scoring hundreds of points every time you play.

So let’s not waste any time and let’s check out together the Basketball Kings cheats: tips and tricks below!

1. Master single player
I know you’re itching to go into multiplayer modes, but if you want to really score big, learn to play the game by becoming a master in single player modes. Try something like Arcade, since you’re not hard pressed by the time and learn how to shoot those baskets before giving a try in the online mode. Plus, since you will unlock a ton of achievements relatively easily in single player, you will get a lot of easy MP.

2. What is the best game mode to play
In single player, as I said already, I consider the Arcade mode the easiest and best option since you have 5 balls to start with and lose one if you miss. Once you’re pretty confident on your skills, try the Tournament mode and from there… sky’s the limit!

3. Learn the easy shots
I know that the game makes you want to hit those bank shots for all the great bonuses and goodies, but try to ignore that at first since you won’t make those shots. Learn to hit the easy baskets, learn to get the flawless shots (for extra points) and keep going for the “on fire” bonus. Only after you master this, you should start practicing the much more difficult bank shots that really boost your score.

4. Don’t resume checkpoints in Tournaments
Unless you are really good at the game and you managed a very solid score that puts you close to the number of points you need for the next level, you should not spend your hard earned MPs for resuming the tournament. Start over from scratch and use every tournament as a learning opportunity – until you get better and better. Trust me, bagging 500 points is closer than you think!

5. How to change your name in the game
Simply tap the current name you have (which is something like “Player0000”) and write your name. It’s free!

6. Become a pro by mastering the bank shots
After you can hit a flawless basket with your eyes closed, it’s time to start working on those bank shots which will give you a lot of extra points and boosts in your game. Have in mind that there are situations where scoring a basket shot, just like in real life, is almost impossible, so master the easy ones from the sides. The trick here is to shoot with more power and in the opposite direction of the basket: simply try to visualize the trajectory of the game and you’ll do just fine. Well, not at first, but eventually you will and then you will become a real pro.

7. Online modes
The place where you can really score big MPs is the online modes. At first, try the Promotion room where you will play for free (but also earn zero MPs) to test the waters. Then, the Beginner room is a good place to try as there will be many new players that are easy to beat there. Keep playing, try to ignore the other player’s score and play, be fast, be accurate and you will get a lot of points to unlock the best gear in the game.

8. How to shoot
Although in theory it’s all pretty straightforward, it takes some good aiming and practice to learn how to shoot. Try not to go for perfect shots (right at the arrow) at first and remember that it’s generally better to shoot slightly more powerful shoots than slower ones. Try to find a rhythm and stick to it!

And these would be for now our Basketball Kings tips and tricks. Do you have other suggestions? Share them with us in the comments section below! 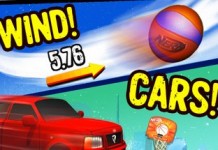