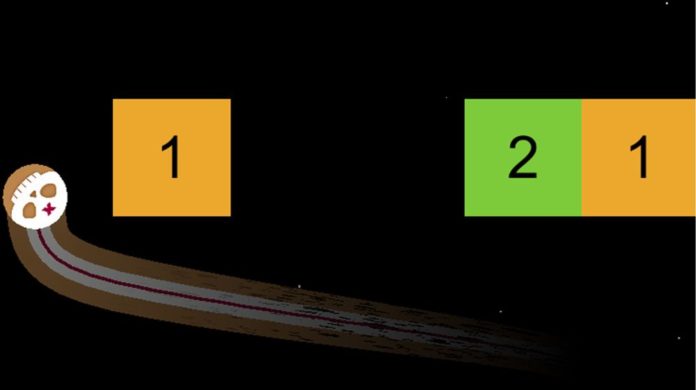 Ballz Rush is such an amazing game that you can hardly put it down. I had to do it though in order to write this guide, but it wasn’t easy! Hopefully, it’s useful and you will get some extra help from this Ballz Rush cheats and tips article.

We’re hoping to help you unlock all balls and get super high scores in Ketchapp’s crazy game! With deceptively simple controls but insane difficulty levels, this one’s easy to understand and difficult to master. But we’re here to help as much as with can, so let’s not waste any time and instead let’s check out below some Ballz Rush tips and tricks!

The numbers don’t matter
The numbers on the blocks indicate how many balls will be removed when they go through them. So in theory, you should go for the highest number blocks because you will lose a ton of followers this way.

But in practice, it doesn’t really matter. This advice goes hand in hand with the two below, but the golden rule of thumb is that the numbers on the squares don’t matter that much as long as you can still guide your followers into them. Losing one ball is better than trying an impossible maneuver in order to lose more, but you only get the game over message…

Quick swipes are the key
The slower your ball’s movement on the screen, the smoother the moving of the balls that follow you will be. This is why quick swipes are indicated: to make sure that your followers actually hit the blocks that you leave behind! 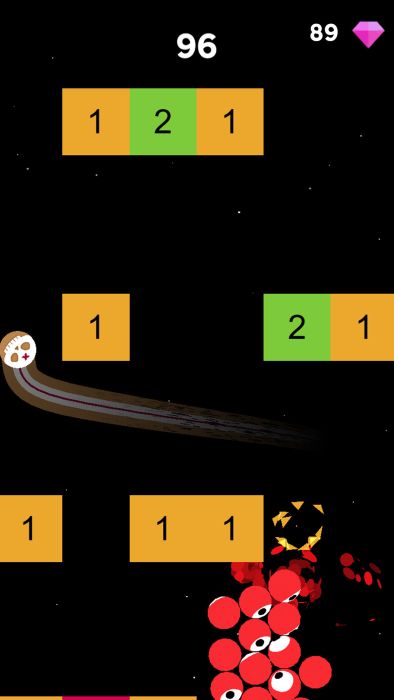 If your movement is too slow, there’s always the risk that the front ball(s) will make it through and those are the most dangerous of the follower. This is why it’s best to learn to go for quick, precise moves in order to get rid of as many followers as possible. This is very difficult to master and in some cases impossible (especially when dealing with short gaps), but it’s something you have to work on if you want to do well in Ballz Rush by Ketchapp.

Have the delay in mind when swiping
I’ve played this game on the latest iPad model, so I doubt that the delay is caused by my device. Instead, there’s a minor delay of the ball’s movement when you swipe your finger on the screen, meaning that it won’t go exactly where your finger is.

You can test this by putting your finger directly onto the ball and then quickly swiping to the sides: you will see that the ball remains a bit behind.

Although this makes things even more difficult, it’s something you will (and have to) get used with. Make sure you do faster, because you need precise swipes in order to be able to go on for as long as possible.

Use ads to revive
When you’re on a really good run, take the game’s offer to watch an ad and keep on going. This gives you the chance to beat your previous score and do a lot better overall.

Complete the missions & get trophies
You need Gems to unlock new balls and the easiest way to get a ton of them is by completing the daily missions. These will reward you with enough currency to unlock extra balls and see how they look like.

You can also get free Gems from completing trophies – so make sure you check out their requirements and try to play in such a way that you unlock those too ASAP. The trophies are generally unlocked naturally as you play, but it never hurts to focus on them.

Unlocking new balls
New balls don’t influence the game in any way and they are just for the looks there. But since they’re all hidden and there’s so many of them to unlock, I am sure that you want to get them all, especially the Secret balls which have an aura of mystery surrounding them.

Just make sure that you follow the game’s developers on Social Media websites, share your high scores and collect gems and you will quickly unlock all the balls in the game. Or should I say ballZ?

These would be our tips and tricks for Ballz Rush. If you have other suggestions and strategies to help fellow players, don’t hesitate to let us know by commenting below.

Also, if you managed to get very far in the game and score a super impressive high score, you’ve got all the rights to brag. So you can also comment and share your Ballz Rush high score if you want to – we won’t mind, we’ll just feel motivated to do better!