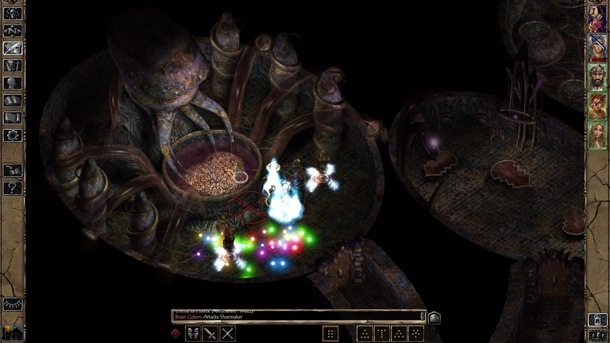 Despite the rocky launch of Baldur’s Gate: Enhanced Edition which forced developer Beamdog to cease sales and updates of the title for several months after a legal dispute with publisher Atari, fans can finally breathe easy as the revamped and re-tuned version of the sequel, Baldur’s Gate II: Enhanced Edition, has been confirmed for several different platforms, iOS included.

The redone version of the classic isometric RPG, which has been developed by Beamdog in collaboration with Atari and Overhaul Games, will include sharper resolution and graphics as well as updated gameplay systems and rules along with all of the original game’s expansion content. In addition to the game’s base Shadows of Amn campaign, Baldur’s Gate II: Enhanced Edition will also come with the Throne of Bhaal expansion pack, the Black Pits 2: Gladiators of Thay add-on pack, and four brand new fully-voiced NPC allies who weren’t featured in the game’s original release.