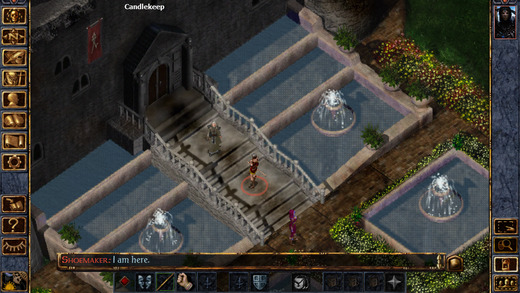 Baldur’s Gate Enhanced Edition and its sequel, Baldur’s Gate 2 Enhanced Edition, are two excellent role playing games coming with several features not available in the original releases. If you have yet to play these classic role playing games and want to do so in the near future, you will be happy to know that both games are now available for reduced prices on the App Store.

Both games can currently be purchased for half their usual prices, $4.99 instead of $9.99. As we don’t know when these deals will expire, we suggest you take advantage of them as soon as possible if you’ve been thinking about getting these games but didn’t want to purchase them for the full price.

Of the two games, the more recent release is obviously Baldur’s Gate 2 Enhanced Edition. The game includes the Final Chapter, four new party members, an improved multiplayer mode, full widescreen support, several graphical improvements, gameplay tweaks and more. Playing the two games on iOS devices may not be the most comfortable way to do so but if you have no other option, the iOS port are good enough to let you enjoy what made the two games true role playing game classics.