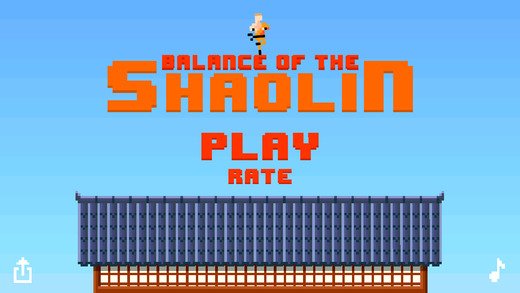 Shaolin monks are supposed to be balanced people, but me playing Balance of the Shaolin proves the exact opposite – and probably the same can be said in your case. Even though this is mostly a game of skill, there are still some Balance of the Shaolin cheats – tips, actually, that I can share with you so that you can easily maintain your balance and beat each of the stages in this extremely addictive game.

So if you are having trouble beating Balance of the Shaolin or get stuck at any of the stages, read on our guide and you’ll find your balance!

1. It’s all about learning the stages
Each of the stages has a catch and you must learn what you have to do in each of them. The first one tests your jumping skills when the bird appears, the second when the other monk hits you with the sword, the third one when lava rises and so on. You will have to first know exactly how each stage works, in what order the elements come (it’s always the same) and then try to best them. It’s difficult, but it can be done!

4. Master the jumps
Basically, jumping is the element that you have to master in order to beat this game. You have to balance and jump at the same time and this takes some time to get used with. But eventually you will make it so… keep practicing!

5. Take breaks
This game can prove to be extremely frustrating, and since there is no replay button and it just keeps starting over and over on its own, it might seem difficult to put it away for a while. But act like a true Shaolin monk and when you are starting to get mad, put the game away for a while and calm down. You’ll see that you’ll perform a lot better after a short break!

And these would be for now our Balance of the Shaolin tips and tricks. As I said in the intro, the game is mostly about your own skill, but with these tips you should have the edge when approaching the game. 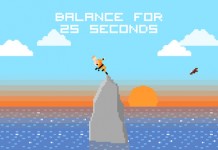 Balance of the Shaolin Now Available On The App Store