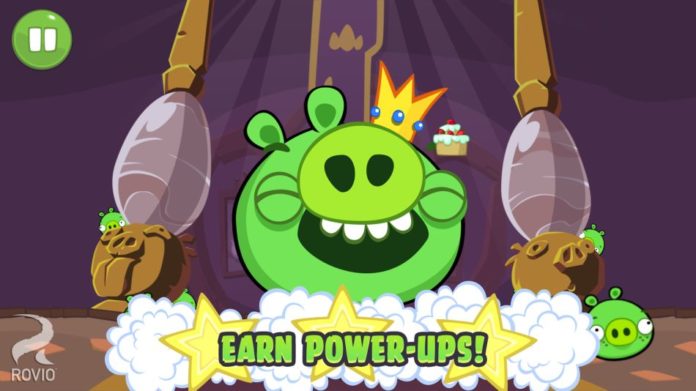 Many games are getting updated just in time for Halloween with new themed items and stages. It’s something that’s hardly surprising but gamers all over the world seem to enjoy these special updates.

Rovio has announced today that the team has released a new update for the Bad Piggies game called “Tusk ’til Dawn”. This update will add 30 new Halloween themed stages for the game that are going to keep you busy for a long time.

As expected, all the available Piggies will also receive a new appearance. The Piggies will sport new devil, hockey, vampire masks just for the occasion.

Also available from today is a new musical remix that can be purchased from the Angry Birds shop.

Bad Piggies is a puzzle game developed by Rovio Entertainment as a spin-off of the Angry Birds games. The main objective of the game is to build a vehicle that can transport piggies from the beginning to the end of each stage.

Many special parts can also be used to create these vehicles like the TNT, balloons, umbrellas, soda bottles and more. Similar to Angry birds, player’s performance will be ranked with up to three stars.

While the first one is awarded for completing the stage, the other two will require gamers to complete the stage in a certain amount of time, collect Star Boxes, avoid using special parts and more.

Bad Piggies is now available for purchase on the App Store. The game can be played on both iPhone and iPad.