In our article today we are going to tell you all the Bad 2 Bad: Extinction tips and cheats you need to know in order to defeat all the zombies and carry out all the missions perfectly. I’m pretty sure you would like to learn a thing or two about how to kill those zombies faster, and we’ve got just that! (and much more)

So if you like pandas, shooting and casually killing zombies left and right, then we’ll tell you everything you need to know in order to stay alive and even save a couple of hostages seeking safety!

So, without further ado, let’s dive right into the Bad 2 Bad: Extinction tips and tricks!

Watch an ad (or more) for some extra coins

This is really useful if you want to save up on coins for various reasons, so definitely do it if you have the time because they will come in handy very soon! 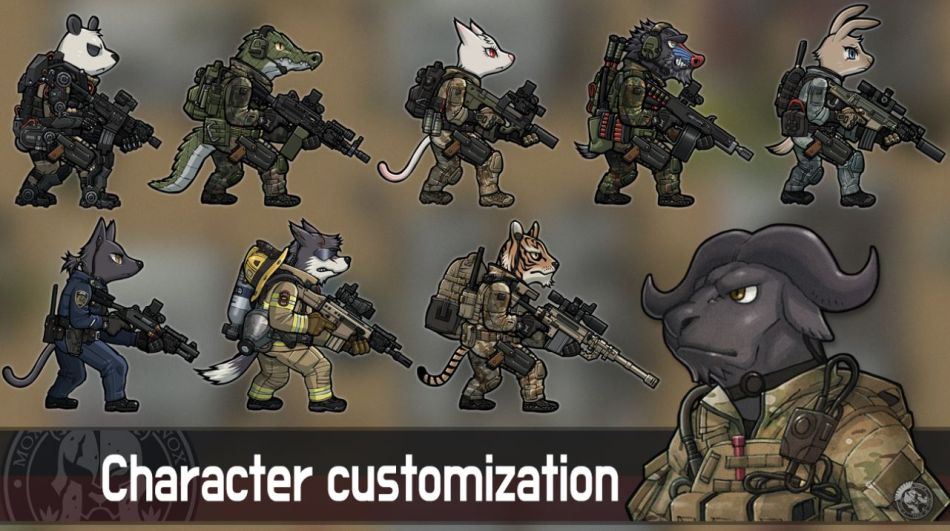 Watch an ad to revive once you died

Sooner or later, it will happen. You will kick the bucket from various reasons, be it you got slaughtered by zombies or you messed up in some boss encounter. It will happen, and you need to know that there is something you can do about it.

Once per run you can choose to revive yourself by watching an advertisement. I suggest that you only do this if you have accomplished your mission given in the stage, and only if you know that you can complete the stage.

Also, if you are just at the beginning, it’s not really worth watching an ad to get revived, because the progress you made isn’t that much, so you can just start over and have a better run – without wasting the free revival. 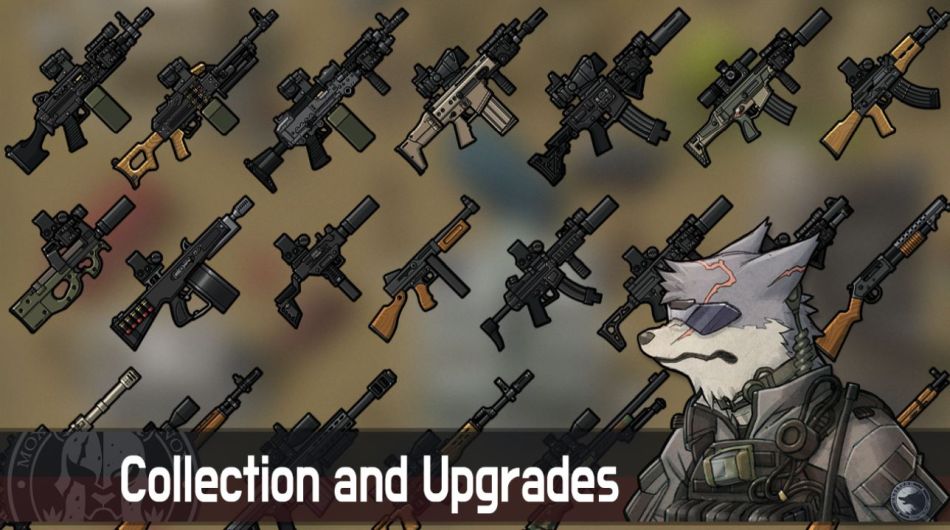 Log in daily for free gold and other goodies

Every single day that you log in the game you will receive some very cool rewards which are going to help you quite a lot if you want to upgrade your weapons and form a powerful team. 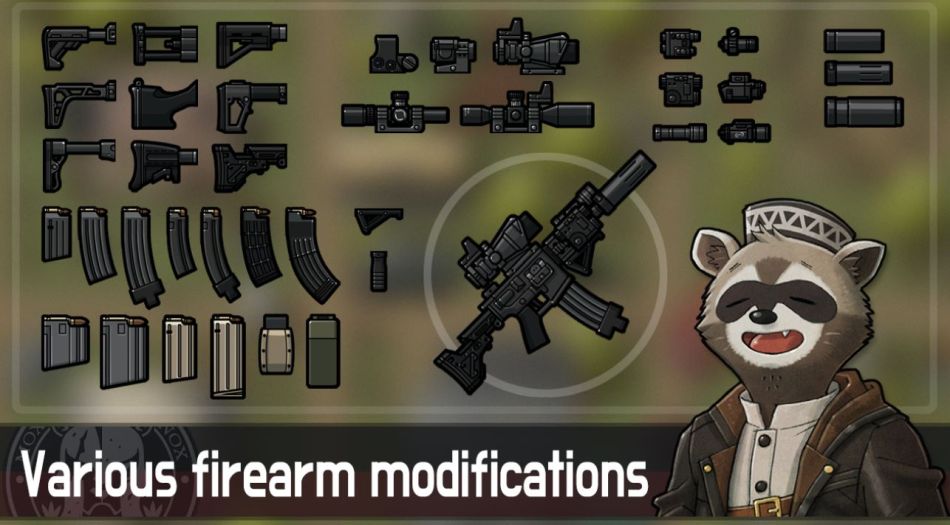 Recruit more Combatants to aid you in battle

When you will be in the Outpost you will see that you can recruit a couple of friends to assist you in the battles against the zombies. I suggest that you first save up on 2000 Coins to recruit 2LT. Rico Igelcias and add him to help you in battle.

Afterwards you will have 3 more that you can choose to recruit: SFC. Dail Reiner, 1LT. Cong Woodman and Khaled Ratel for free (or rather using in game currency). There are 3 more which you can acquire, but they cost money, so if you don’t want to invest in the game a couple of real life bucks, then it’s not worth it.

I suggest adding the first one, 2LT. Rico Igelcias as soon as you can, because it’s going to help you quite a lot. 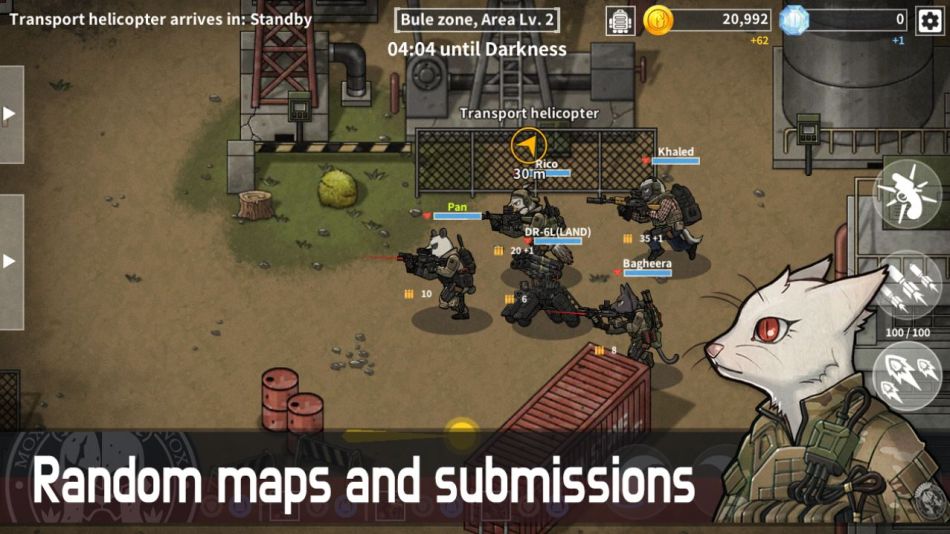 Turn on the auto shooting

When you open the options menu you will be able to choose whether you want the game to help you a tad little bit or if you want to do everything on your own – shooting, aiming, etc.

You can activate the Semi Auto Control by heading into the top right corner of the screen and selecting the top left option: Semi Auto Control. This will help you quite a lot in battles, so you can focus on just doing the dodging and completing objectives.

Don’t be a sitting duck – you’re on the battlefield!

While you are fighting the hordes of zombies coming you way, you should almost never stand still and instead just keep walking around and try to avoid the incoming attacks. You can shoot and move at the same time, so I definitely recommend doing it, because you will avoid quite a lot of attacks that way.

It is the best if you run in circles around the enemies, because they will have a harder time hitting you like that. If you are a sitting dummy then it’s going to be way easier for the enemies to land every single attacks and destroy your HP in a matter of seconds.

Always aim for the heads

When you are attacking the enemies you should always pick their weakest spot: the head. By performing a Head Shot you will deal much more damage than normally, and take down their HP with ease. This is super good to do especially against bigger hordes of zombies, because they will inevitably take a lot more damage.

Also, keep in mind that against bigger zombie hordes it will be easier to target their heads because they are all together in a group – so the chances of you hitting their weakest spot are increased! 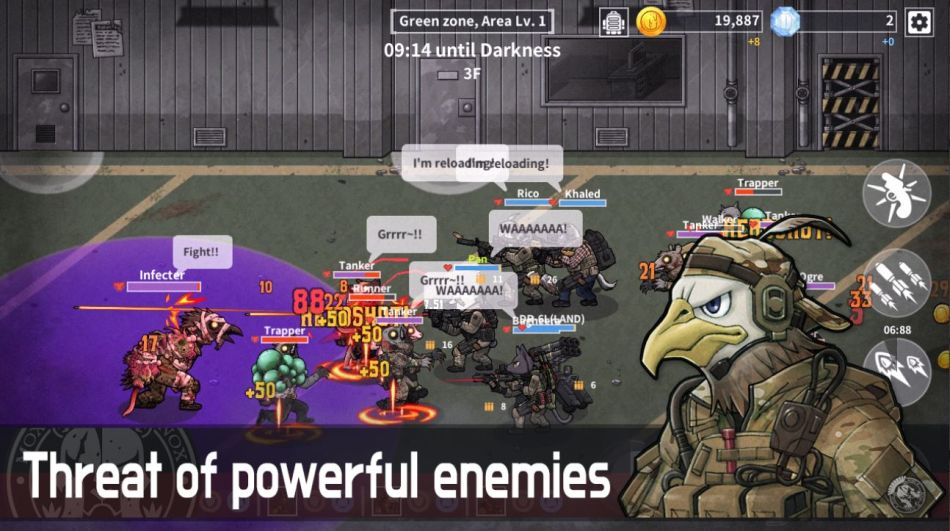 Save the hostages for extra rewards

Before completing the missions, if you dare to adventure into the dark rooms you can find hostages which you can then take to the helicopter when you are done with the mission to gain some extra rewards.

You need to be very careful though, as the hostages can die as well! So not only will you have to take care of yourself, but also care for a civilian who has no fighting power!

– When you are waiting for another incoming wave, reload! Don’t waste time! If you don’t want the weapon to start reloading when you are in the middle of the fight, do it manually whenever you are available.

– Stay behind rocks and other obstacles if you want to avoid fights. That way it will be harder for the enemies to spot you, and you might have an easier way out.

– Check the merchant for some other extra goodies. Once you have collected enough coins, take a look at his wares and you might find something pretty useful, such as the Carrier (BK)! 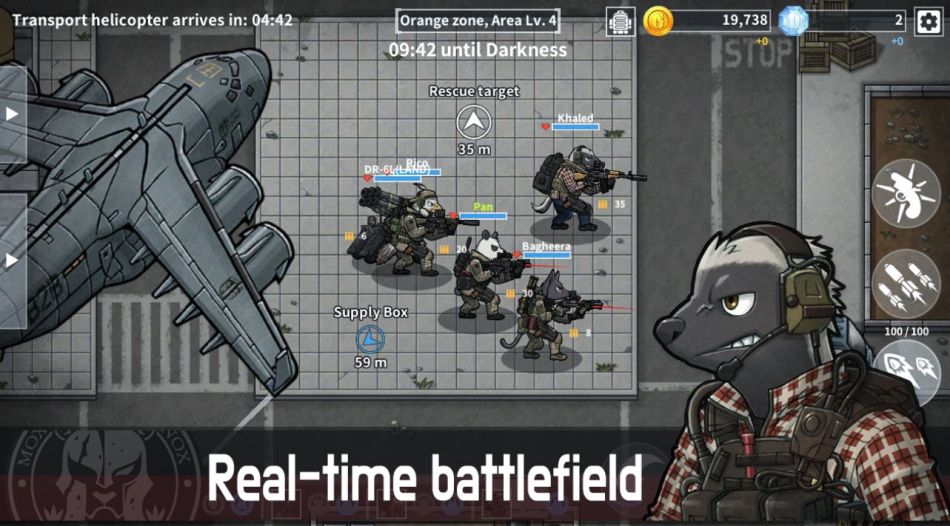 – Always check what you need to do in order to complete the Challenges and earn even more coins when fighting. You can do this in the top left corner and try to complete any of them that you can with every new deployment.

These would be all of our Bad 2 Bad: Extinction tips and tricks! If you have some other useful advice regarding the game and how to deal with the enemies easier, don’t forget to share it with us down in the comments section below!