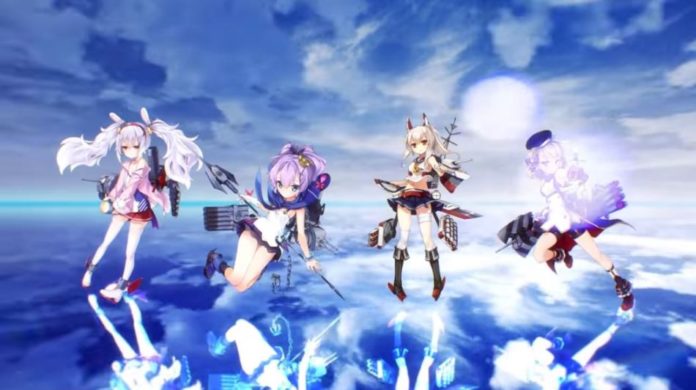 If you are curious to find more about this amazing game, as well as a complete Azur Lane tier list, then this article is just what you were looking for! We are going to share with you the Azur Lane best ships that we have found work best in different environments.

So if you want to know what to keep an eye out for, the Azur Lane tier list we’ve put together for you should help you with that. If you are just getting started with the game, then you should definitely use those Wisdom Cubes to recruit new ships (and their amazing girls along with it).

If you are lucky enough to get one of these “bad boys” (well, girls in this case) then you’re pretty much set! So, without further ado, here’s our Azur Lane tier list!

– Ayanami (Elite): She is pretty darn strong and has a set of skills that help her shred through the enemy fleet quickly.

– Laffey (Elite): Even if she is a starter character, she has a very good kit in my opinion because she can buff her own Firepower, Reload and Evasion. 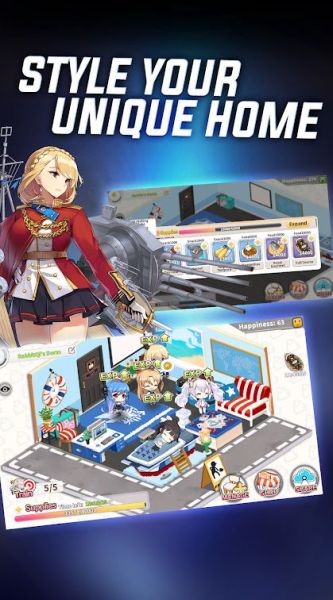 – Yukikaze (Super Rare): This is is pretty difficult to acquire, but well worth it! If you managed to get her, then you can consider yourself lucky because it will pay off damage wise.

– Z23 (Elite): She is another really strong destroyer ship, as she can constantly buff her own Firepower and has a chance to trigger Barrage quite often. Also, not to mention that she is also pretty cute!

– Helena (Elite): One of my personal favorites, she is a great debuffer that can make the enemy take more damage, while also doing a… decent amount of damage. The debuff is just amazing though!

– Montpelier (Super Rare): She is good because she decreases the damage allies take, while increasing their Firepower and Accuracy.

– Cleveland (Elite): Firstly, she has some cute costumes! Secondly, she is pretty strong and can buff the whole fleet’s damage, thus making her a good addition to any team.

– San Diego (Super Rare): As the song goes, “you’re simply the best!” – that’s what San Diego is all about. Powerful and good defenses especially against Air units, she will make any team indestructible.

– Houshou (Elite): Is amazing because she increases the experience gained by Carriers, and if you want them to level up quickly then she is a good member.

– Centaur (Super Rare): Centaur is simply OP because it can make the Swordfish planes fire an additional round of torpedoes and increases the damage of the backline.

– Saraana (Elite) + Uruuru (Elite): This is a combo of those two ships, which give some really good buffs to the team when they are together, hence why I paired them.

**– Unicorn (Elite): Although this is a Light Aircraft Carrier, I would put it under the “Best Repair Ships” section because Unicorn has a pretty decent heal, which replenishes the Escort fleet’s HP. (bonus points for the cute name and girl) 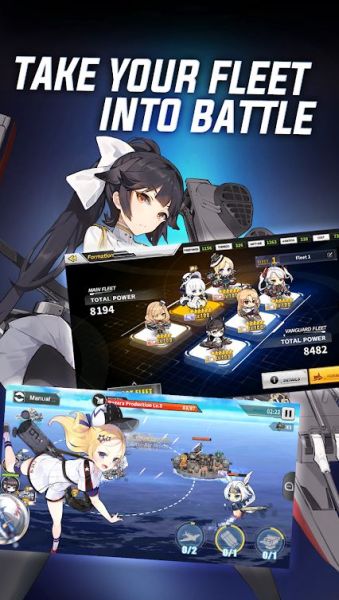 – Vestal (Elite): Being an Elite ship, it’s not that difficult to acquire, but then again it all comes down your luck. You might get some super strong Super Rare ships, but might not be lucky to get the Elite ones. This one is good because it heals the ships (as the “repair ship” name suggests) and is good for sustaining in long fights.

– Akashi (Super Rare): This is one of the cutest ones, but also a really good (probably the best actually) Repair Ship. It recovers whole fleet’s HP by 1% quite constantly, so especially in those long fights, this type of ships can change the tide of battle.

– Minneapolis (Super Rare): Minneapolis is good for in self increase of Firepower whenever you take down an enemy ship,but also for the tankiness. It is not one of my favorites, but I still consider it good.

– Wichita (Elite): Although it is not Super Rare, it is still pretty good considering that in increases the Firepower of the cruisers in the fleet and has a chance to do double cannon damage.

– Prinz Eugen (Super Rare): Is one of my favorite ships, as it can be pretty tanky, but also cracks a good joke. I absolutely love the character which is one of the cutest ones out there!

– Kent (Rare): A fairly common ship, but if upgraded constantly I consider it to become quite good. The increased damage to the whole fleet can make it a really good addition to the team, especially when combined with other good damage dealers.

– Houston (Elite): Another pretty common ship, but slightly more rare than Kent. Houston is good because of the huge Evasion increase.

– Hiei (Elite): Hiei is pretty OK for a Battlecruiser, as it can increase the damage to a random enemy and absorb the damage dealt to one of the squishy allies.

– Amagi (Super Rare): In my opinion one of the best team members especially for long and difficult fights. Amagi can decrease the enemy’s Firepower and also reduce the damage taken by the main fleet, so it’s a really good support for the team.

– U-47 (Super Rare): This badass looking girl is another one of my favorites, as it is one submarine that can do some serious damage. With the skill that encourages you to do more and more damage (because of the increases), it can be a really strong team member.

– Albacore (Super Rare): She is a fun and playful Submarine, which also rocks quite a strong artillery, increasing damage against aircraft carriers, destroyers and light cruisers while also having some special torpedoes.

– I-19 (Super Rare): Is decent in normal fights, but in fights where you have to face multiple enemies (more than usual) is good because it has penetrating torpedoes.

– Kaga (Super Rare) + Akagi (Super Rare): Kaga is a good and reliable unit, especially when paired with Akagi, as they will increase the Air Power by a lot. It will be difficult to collect both, but good luck to you!

– Illustrious (Super Rare): If you want shields around your fleet, then Illustrious is a good ship that will give you just that. It’s pretty good! 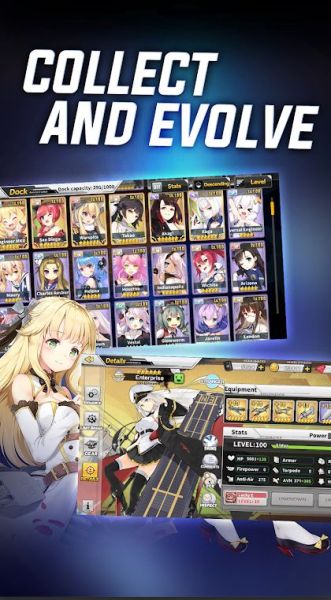 – Victorious (Super Rare): This ship is an amazing damage dealer, as it can buff its damage against Battleships and reduce the damage taken in some situations.

– Enterprise (Super Rare): Enterprise is the “poster girl” of the game who rocks a pretty strong kit that has a high chance to deal double damage and also evade enemy attacks (and we overlooked her, as someone kind enough pointed out in the comments).

– Terror (Elite) / Erebus (Elite): They are both pretty similar, so go with which ever one you like best. They both have a chance to fire a special barrage at the enemy, so they are OK-ish.

– Abercrombie (Elite): This one launches a special barrage at the enemy after the start of the battle, so is pretty similar to Terror and Erebus (but still slightly different).

– Yamashiro (Rare) /  Fusou (Rare): They are both pretty good as they gets increased damage and have quite constant (yet good) damage output. Another thing on the plus side, is that they aren’t that difficult to obtain being Rare.

– Tirpitz (Super Rare): Is a really good Battleship, especially if sent alone, because if Tirpitz goes alone it gets a huge damage boost.

– Mikasa (Super Rare): When Mikasa takes damage it becomes more tanky and tough to deal with. She also increases other Sakura Empire ships’ Firepower, so it’s good if you pair her with more from there!

– North Carolina (Super Rare): This ship reduces the damage dealt to the back line by the Air units, and also increases her own damage, so it’s good for survivability in an environment where there are many air damage dealers.

– Nagato (Super Rare): Is another great Sakura Empire ship that boosts them, and also does inflict quite a bit of damage. It’s good to have both Mikasa and Nagato and try to see which one works best as the Flagship for your team. 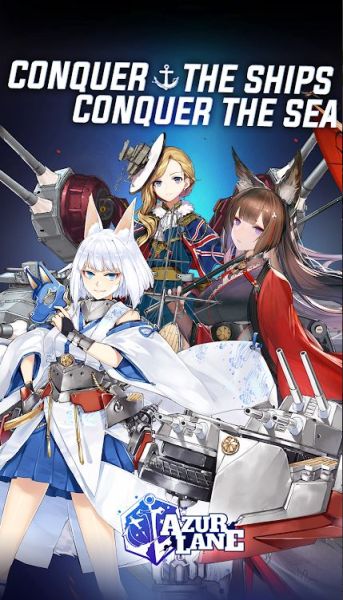 – South Dakota (Super Rare): This is an amazing ship, that will absorb the damage dealt to the back line (to those squishy ships) and heal herself for part of that damage. She also has a chance to do double damage, so that makes it one of the best ships in my opinion.

– Duke of York (Super Rare): This is an amazing damage dealer, able to shred through the enemy quite easily. Really, there’s not much else to say about it except for the fact that it’s fantastic.

– Jean Bart (Super Rare): If you manage to get your hands on the Quadruple 380mm (Mle 1935) and equip it to Jean Bart, then the crits coming out of this bad boy will make the enemies cry. It’s incredible how much damage it will do!

These would be our picks for the Azur Lane tier list & best characters in the game. If you like others more than the ones that we have listed, leave a comment down below! We’d love to see what fleet combos you are using and if you are using any of the ones we’ve listed.

In the meantime, if you still need some help getting you through the game, check out our game guide right here to help you understand the game better and have a generally more fun experience! 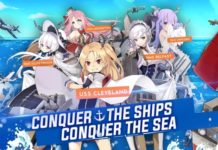