So if you are curious to learn about the factions and to find the best one fitting for you, let’s dive right into it and reveal to you our AxE: Alliance vs Empire Factions guide!

There are two main Factions that you can choose from! If you have played World or Warcraft and know about the Horde vs Alliance, here it’s pretty much the same. In AxE: Alliance vs Empire you get Alliance and Empire, or better said, Galanos Alliance and Holy Darkhaan Empire.

The game is recommending the Holy Darkhaan Empire at the moment, and if you choose to go with one of the classes within this faction, you will receive 50k Gold as a reward. It is entirely your choice, so if you don’t care much for the Gold, it shouldn’t affect the criteria on which you select the Faction. 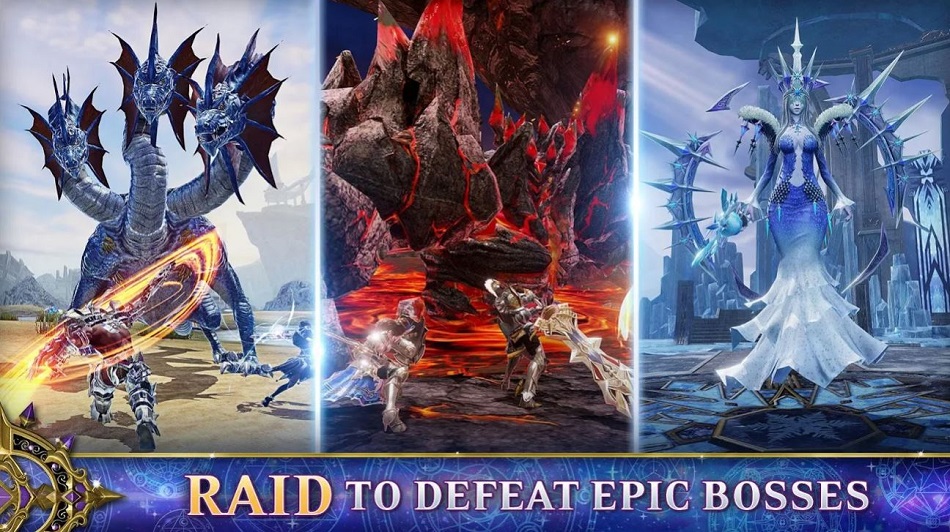 The practitioners of this Faction are forging their own path and don’t follow the gods’ will, unlike the Empire who are mostly relying on rules and order. The Alliance members are free, and seek to create their destiny themselves!

The support + damage class which relies mostly on healing allies, while keeping herself safe and at a distance from the enemy. Her skills make use of the power of nature and elements.

Piercing Shot – Dash backwards and shoot a penetrating arrow which strikes the enemy 1 time for 171% of total damage.

Cyclone Shot – Call forth a whirlwind which strikes the enemy 6 times for 180% of total damage.

Arctic Shot – Call forth a freezing wind which strikes the enemy 2 times for a total of 192% of total damage.

The Titan relies on brute force to strike down enemies, by using his twin axes and big rocks. He has good damage to deal with PvE situations, decent health and a ton of CC.

Spinning Slash – Throws his twin axes and spins continuously to damage the enemies 9 times for a total of 161% of total damage.

Crush – Slams the enemy with both hands, striking 5 times for a total of 200% of total damage.

Boulder Drop – Drops a huge rock on the enemies which strikes 2 times and deals a total of 210% of total damage.

Skullcrack – Inflicts Stun and Weaken on the nearby enemies.

A very strong blade wielder who focuses on dealing a ton of damage.

Leaping Mantis Strike – Leaps into the air and strikes the enemy 3 times for 153% of total damage.

Winter Stills the Fox – Gathers frozen energy in the sword and strikes the enemy 2 times for 180% of total damage.

Rising Dragon Technique – Swirls up and attacks the enemy 3 times for 222% of total damage.

Terrify – Decreases the nearby enemies’ defense.

The classes within the Empire are seeking to restore order and peace all throughout the world by using the gods’ power. Unlike the Alliance who are free willed, the Empire members have strong beliefs and an even stronger will to fight!

They wield a sword and shield and perform quite quick attacks while also supporting their team mates with heals.

Fervent Shield – Dashes at the enemy and hits them with the shield 3 times for 158% of total damage.

Conflagration – Hits the enemy 7 times for 182% of total damage.

They fight for order, and while they are very strong, they also make the enemies cower in fear and weaken them.

Ascending Strike – Leaps forward and strikes the enemy 2 times for 162% of total damage.

Dark Strike – Unleashes a mighty attack that strikes 6 times for 196% of total damage.

Sacred Slash – Cuts horizontally with his blade 2 times for 211% of total damage.

Strike – Inflicts Stun and Weaken on the nearby enemies.

The damage dealer of the Empire, who uses the elements and the arcane powers to deal a ton of damage.

Arcane Fire – Burns enemies in front, striking once for 169% of total damage.

Meteor Shower – Casts a spell that calls meteors which hit the enemy 5 times for 183% of total damage.

Words of Withering – Decreases the nearby enemies’ attack.

In my opinion you can start with anything that fits your play style (if you are familiar with RPGs), but if you are new and want something easy and powerful you can go with the Mage, which is great because it will also give you a head start of 50k Gold for simply playing for the Empire.

They are great for the great amounts of damage, safety of play style and ease of playing. They also are quite powerful and don’t require you to be very knowledgeable of the game to predict when to use what (for example a Valkyrie’s / Archer’s jobs would be much more challenging in a boss fight, where you actually have to be very careful with the heals).

If you are a little more experienced, I suggest trying out the Blademaster, which is very fun (my personal favorite) to play, basically puts up a skill display whenever she fights, and also deals a ton of damage, much like the Mage.

For the gaming experts, you don’t really need me to tell you what to play because you can deal with anything, right? 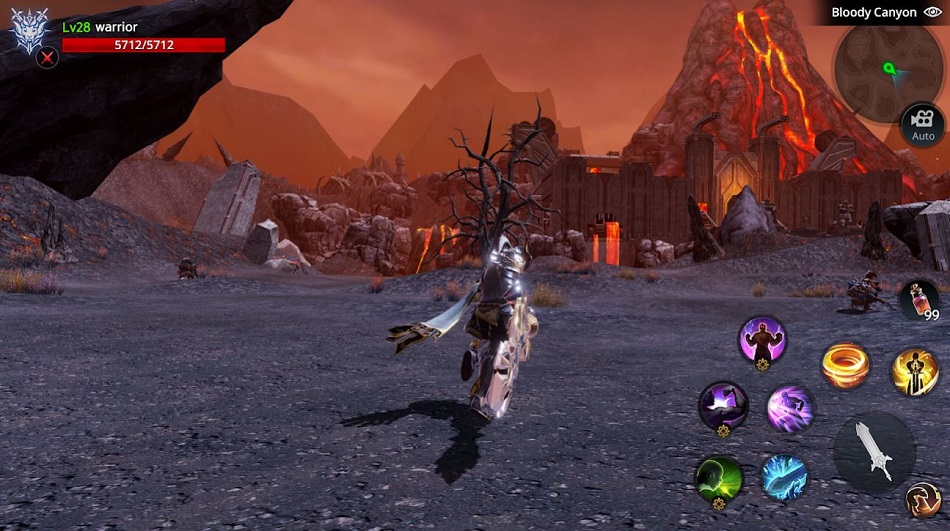 Also, the reason why I consider the Valkyrie / Archer a little more difficult, is because when the time comes and you need to PvP and fight epic Bosses, a good healer will make a world of difference!

Knowing when to use the skills when it is imperative, is really important since a less experienced player might just cast a heal simply because it is off cooldown, even if the party members don’t need it. The same goes with the CC factions, Titan and Warrior.

It’s good knowing when to cast the debuffs and CC, and also how to rotate them with other players in the party. 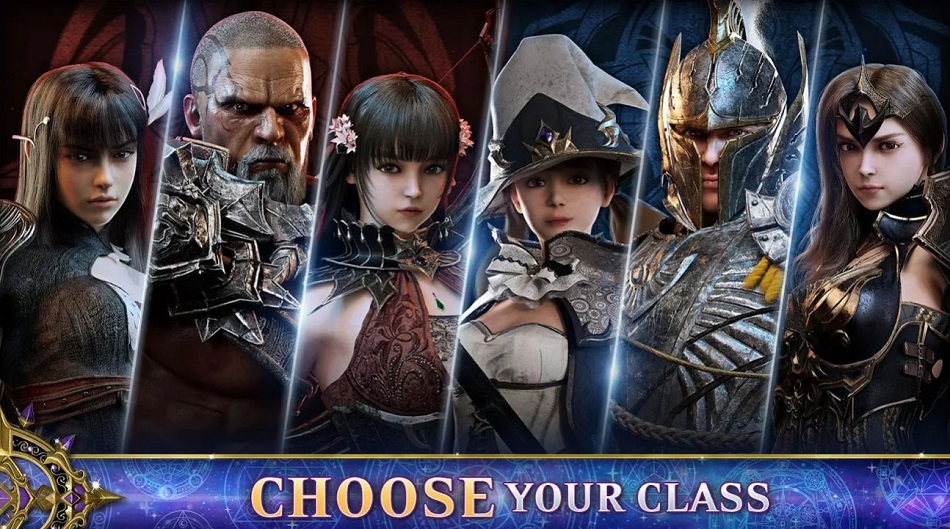 Therefore I think that the best starting classes are the ones that rely mostly on damage, Blademaster and Mage, and don’t need new players to know more advanced game mechanics.

If you want to learn more about the game and see what our tips and tricks for leveling up quickly and getting more Attack / Defense are, check out our AxE: Alliance vs Empire game guide right here! 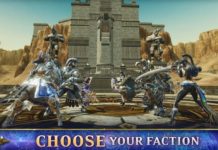 AxE: Alliance vs Empire Cheats: Tips & Guide to Win All The Battles 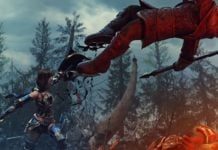