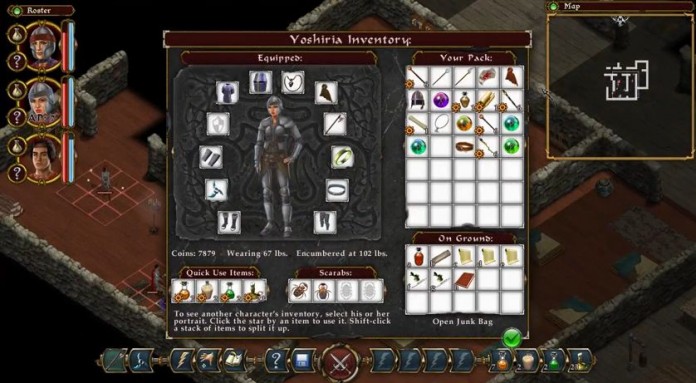 I am a huge fan of isometric, turn based RPG games and Spiderweb Software is one of the few companies that still focuses on delivering these great games to the masses and they do it in style. Their upcoming project, Avadon 2: The Corruption brings that isometric goodness to iPads too and you will probably want to check out this game because it’s Epic.

In this game, you are a spy and warrior trying to fight the foes of your homeland and put an end to the civil war that is tearing your land apart.

In other words, prepare for epic fights, tons of skills and items to collect, brave warriors to make your partners in your party and, of course, dungeon crawling in the epicness of Avadon. There’s a short gameplay trailer launched for Avadon 2: The Corruption and you should check it out below:

Avadon 2: The Corruption will “hopefully” (as the developers say) be launched in the next 2 – 3 months and it should be considered an instant, day one buy.