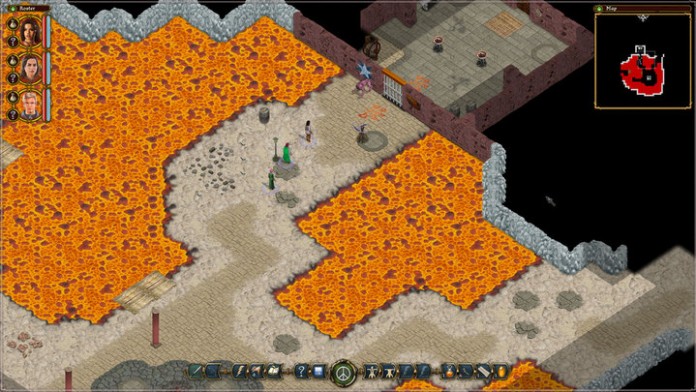 Indie developer Spiderweb Software has finally confirmed some dates for the release of their upcoming isometric RPG Avadon 2: The Corruption. While PC and Mac players will be enjoying the game as early as later this month, sadly it seems iOS players still have a bit of a wait on their hands.

Spiderweb Software has officially announced that the Windows PC and Mac version of Avadon 2 will be available through both Steam and its own website on October 30 while the iOS version still needs a bit more work and should be available sometime in early 2014 (though no specific date could be confirmed). While this may come as disappointing news for fans who were hoping to take their Avadon 2 adventures with them on the go, it is still comforting to know that Spiderweb Software is on the home stretch of development.

Avadon 2: The Corruption, the sequel to the hit 2011 RPG Avadon: The Black Fortress, was first unveiled back in February and comes with a host of new features including an entirely new playable character class (the Tinkermage). For more info, check out Touch, Tap, Play’s August preview of the game and be sure to give the below trailer a watch.