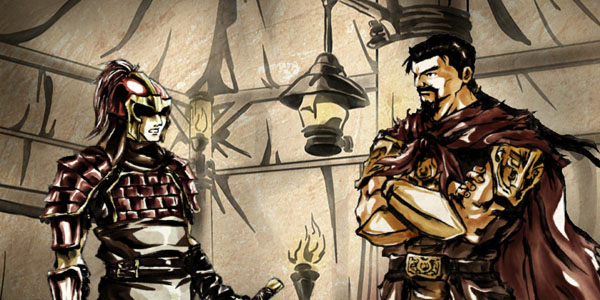 Autumn Dynasty Warlords has been officially delayed. The sequel to Autumn Dynasty was supposed to be released last month but it did not, as fans of the series already know. Those hoping to get their hands on the game before the end of the year will be disappointed in knowing that the game will be launched during 2014.

Touch Dimensions, the team behind the game, has confirmed that Autumn Dynasty Warlords will be released in early February. While it’s disappointing that the game has been delayed, it’s also good that we have received a release window for the real time strategy game.

In Autumn Dynasty Warlords not only you will have to command your armies and fight against the enemy, but you’ll also have to build and manage your empire, building cities in conquered territories and so on.

Unlike the first game, Autumn Dynasty Warlords will sport a non linear single player campaign where you’ll have complete freedom and where every action is going to have a consequence on your newly formed empire.

Managing an empire is hard business, where every decision is bound to have an impact. After conquering regions you will have to choose a warlord, appoint troops and apply decision to obtain in-battle bonuses.

Autumn Dynasty Warriors will launch sometime during February on the App Store. We’ll keep you updated as soon as a set release date is announced.