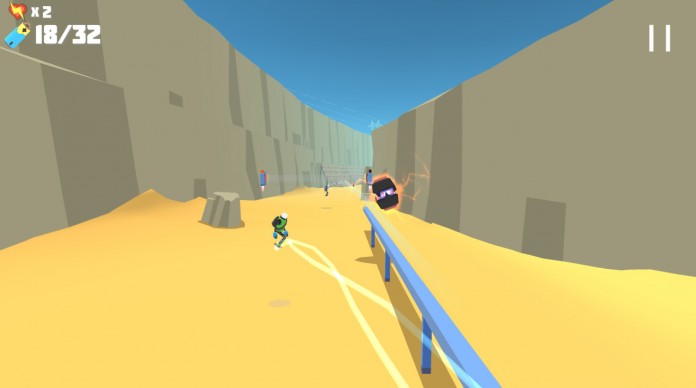 If you’re into auto runner games with a distinct arcade feel, you will be happy to know that a very interesting auto runner game is going to be released on the App Store in just a few days.

The new game is called Power Hover and it’s been developed by a team made up of former Rovio employees. In Power Hover, players will take control of a robot riding a hoverboard as he automatically runs through a variety of stages set in different locations. As in other similar games, players will have to avoid a variety of dangers, collect items and reach the end of each stage in one piece. Power Hover will definitely not be remembered for its depth but it seems like there will be enough to keep players entertained for some time.