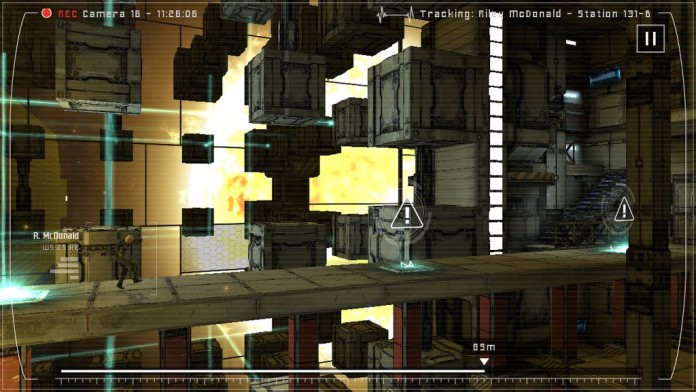 If there’s something the App Store lacks, it’s auto-runner games. Many of these games have been released for iOS devices in the past few months and more will be coming in the future. Thankfully, some of the upcoming auto-runner games will be coming with some rather unique features that will make them stand out from other similar games.

Among these titles will be All is Lost, currently in development by Foursaken Media. In the game, players will take on the role of a man who has to help the crew of space stations get out of such stations. Players will be looking at each stage from a security camera and will be able to control the actions of crew members as well as control mechanism such as doors and much more. A gameplay trailer has been made available recently, showcasing this unique gameplay experience, and you can check it out right below.

All is Lost has yet to receive a final release date but it seems like the game will be released soon, as the team has submitted a final build for approval. We will let you know when the game releases as soon as possible so stay tuned for all the latest news.