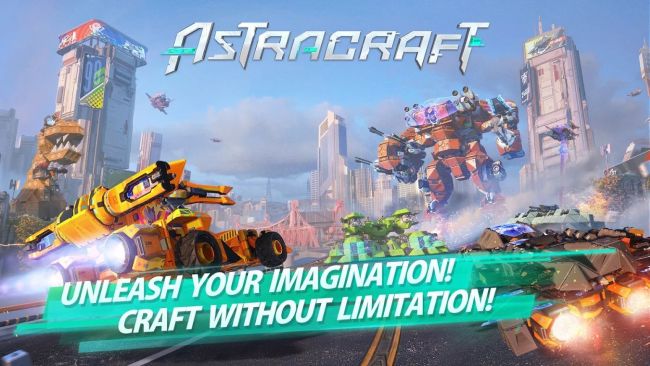 Sky is the limit, or in this case your imagination, as you are given the freedom to create pretty much anything you can think of as long as you follow some simple rules. Here you’ll find everything you need to know about the game’s tips and tricks, playstyle, game modes, ARMS designs, and whatever else you’d be interested in.

So without any further ado, let’s get started with the Astracraft Beginners Guide.

Once you log in to the game you’ll be given the option to chose between two main categories, Create and Fight. Each have their own modes which you can take part in.

Multiplayer Creation: Build and test your ARMS against other players.

Party Mode: Join one of the many existing parties or create your own. Select the game mode of your liking, set the map that you want and invite people to join in!

Race Mode: Yeah the game has that too. You can create your own unique circuit or just jump right into a race versus other players.

Module Trial: The game’s tutorial. Get familiar with the game’s mechanics and clear the module trial to unlock every game mode.

Infinite Arena: Something like a quick match. Free to enter and exit without penalties in a battle royale.

Rumble Mode: Explore the map, collect modules or destroy enemies and loot their modules. Then use those modules to modify and upgrade your ARMS mid-match.

Storm Mode: Survive on a shrinking map. Elimination mode. Collect modules to arm yourself, avoid being destroyed by other players or by the EMP Storm.

King of the Hill Mode: Fight for zone control along with your team. 3 players per team.

Building Mode: Free building mode. Compete by occupying the largest area. Both sides assemble building blocks in the designated areas. Your side is the blue and enemy side is orange. The highest building blocks will be counted for points. When the time runs out, the team with the highest points wins.

The main part of your ARMS is called ‘core‘. Is what you build your ARMS around and needless to say you want to keep it as well protected as possible. Every core has it’s own ability. The core we are given at the start of the game for example has the ability to jump.

Capacity: Every part -other than the core- has a cost. You cannot exceed that. Different game modes have different maximum capacity.

Real world physics are involved in the game. For example you cannot aviate if the weight isn’t distributed in a balanced way. A very heavy ARMS cannot fly with a single booster. You cannot put wheels in a direction perpendicular to where ARMS travels.

Build your ARMS based on your playstyle. Ranged, melee, support, tank, whatever it might be there are modules to help you create anything you can imagine. Don’t be afraid to experiment with different builds (blueprints).

The more familiar you get with the game mechanics, weapons etc the better blueprints you will come up with. All your creations will be saved in your Garage where you can access them any time. 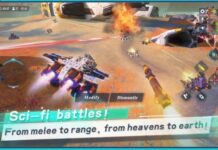