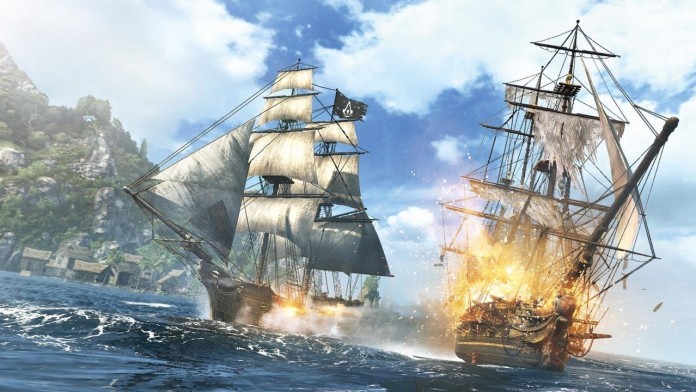 The Assassin’s Creed series has yet to make a full jump on mobile devices but Ubisoft has been clearly testing the waters to see if a game of the series could be successful on iPhone and iPad.

Assassin’s Creed: Pirates has been released not too long ago and has managed to do remarkably well even without being a true Assassin’s Creed game. Sure, the game has the same setting as the latest Assasssin’s Creed IV: Black Flag but it plays nothing like it.

This doesn’t mean that Pirates is a bad game, just different. If you want to enjoy the game even more and you’re just getting started, here are some tips that will guide you through the beginning of the game.

Correctly using the equipped Perks will make your life so much easier. The key is using the right ones in the right moments and in the right way. If you have a perk that increases your attack power, make sure to use it with your most powerful attack. If you have a perk that increases speed, don’t waste it while you’re just cruising in open sea. Never forget that perks take time to recharge before becoming available again so use them when absolutely necessary.

Even though it may not look like it, Pirates is a game that requires a good amount of skill to be played corrently. This means that how well your attacks do and how much you’ll survive in a battle depend on how accurate you are. When shooting, always make sure to aim where the enemies is heading and not on their current position. Doing this as quickly as possible will also allow you to destroy enemies before they can even shoot at you. At the same time knowing how to evade not only is going to make you last longer, but also earn some bonuses as many side objectives involve not getting damaged during the course of the mission.

Completing secondary objectives may be time consuming, that’s for sure, but it’s definitely going to help you in gathering enough resources to continue exploring the map. The second half of the game requires a lot of resources and experience to explore and complete and it would really take too much time to gather all the needed resources without a bit of extra help.

Assassin’s Creed: Pirates is now available for download on the App Store.