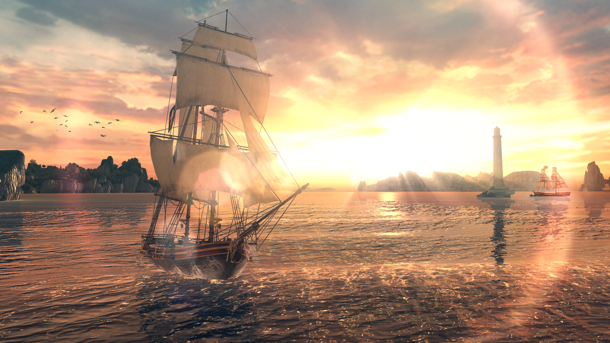 In Pirates, players will step into the weather-worn boots of Captain Alonzo Batilla as he sails the high seas of the Caribbean. Judging from the trailer, Pirates will focus exclusively on the naval combat aspects that were a highlight of Ubisoft’s previous release Assassin’s Creed III and which became the main driving force behind Assassin’s Creed IV: Black Flag. No word yet on whether or not Pirates will somehow tie into Edward Kenway’s tale in Black Flag but, even as a standalone game, it looks like it will give mobile gamers more of what has made the most recent console AC titles so appealing.

Assassin’s Creed Pirates will be available on December 5th for both iPhone and iPad. Info on how much it will cost and whether or not it will have in-app purchases isn’t available yet but interested fans can watch the below trailer for a sneak peak of how it will look on their mobile devices.