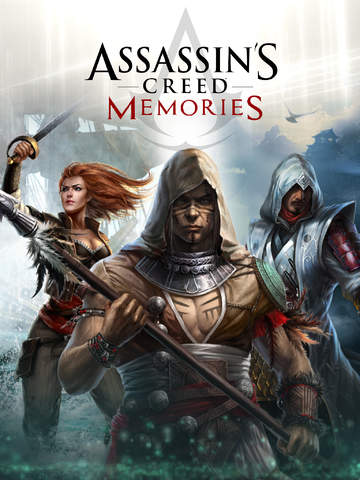 The Assassin’s Creed series has landed on the App Store once again, with a game that play nothing like the other entries of the series or last year’s Assassin’s Creed Pirates. This doesn’t mean that it’s going to be a bad game, as the gameplay experience of the new titles seems just perfect for the mobile environment.

Assassin’s Creed Memories is a card battler game that features many different historical periods, some already appeared in other entries of the series and some completely new, like feudal Japan.

In Assassin’s Creed Memories, players will have to collect a lot of different cards for Weapons, Armors and Allies, combining them to create the most powerful Assassins ever. The multiplayer component will only make the card collecting even more engaging, as there’s nothing better than showing other players what one is made of. The multiplayer mode also allows huge guild battles, with 40 players being able to take part at the same time.

Assassin’s Creed Memories is now available for free on the App Store. Being a free to play game, players will have to deal with timers and other similar mechanics. How much they impact the game, we will only know in the next few days.