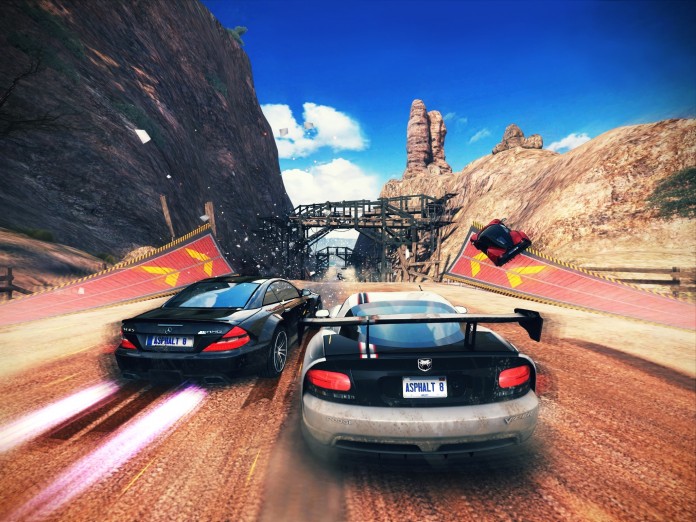 Playing games on your iOS devices is definitely fun but I’m sure it becomes funner when you don’t have to pay to get your games.

A recently released game is now available for free from the App Store. And we’re not talking about a small game but about a Gameloft game that has been released not even two months ago.

Asphalt 8: Airborne is now available for free from the App Store. The game’s price has already been dropped not too long ago but we can be sure that the latest drop is going to be a definitive one, with the game now costing nothing.

Asphalt 8: Airborne is unlike many other realistic racers that have found their way on the App Store. Gameloft’s racing game is an incredibly fun game where you’ll be able to jump over your opponents, flip your car, fin shortcuts during the race and more. This gameplay features manage to make the game not only stand out from the competition but also incredibly fun.

Asphalt 8: Airborne is an arcade racing game that’s incredibly true to his roots. The action is fast and fun and it’s the perfect game to play on the go. The fact that it’s now available for free contributes in making the whole package even better. You can check out one of the game’s trailers at the end of the post, if you’re too lazy to download the game just to try it out.

Asphalt 8: Airborne is now available for download on the App Store. The game can be played on both iPad and iPhone.